As you know, dogs are pack animals. That means they have a social inclination and respect the hierarchy of the group. Many people train dogs by being more dominant than the animal. When a dog misbehaves, it’s often because it thinks it’s got a higher pecking order in the pack.

But the Doberman in this video decided that his pack was too small. So he acquired his owner’s interest in horses and started to include the majestic mammals as part of his pack.

As you watch the video, you’ll quickly see why the nickname the Doberman ‘The Horse Whisperer.’ He ably moves the animals around the stables and keeps the horse in check. This Doberman is the boss in the relationship. There’s no doubt about that.

I love how the horse grooms the Doberman’s back starting at the 30-second mark in the video. But the picture they shared 48-seconds in will undoubtedly bring a smile to your face.

The horses have fallen for this Doberman and recognize him as the leader in the pack. He leads them by their leash and guides them where he wants them to go.

This video is a testament to the amazing friendship inter-species animals can develop. Animals are all too quick to look beyond outside appearances and find the friend beneath the surface. Why are humans so quick to judge? While animals quickly accept? 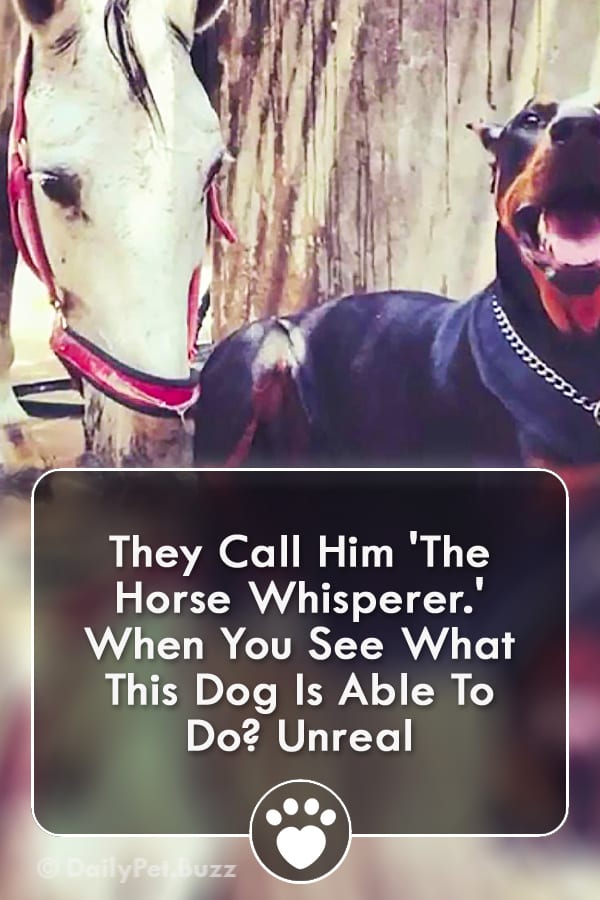