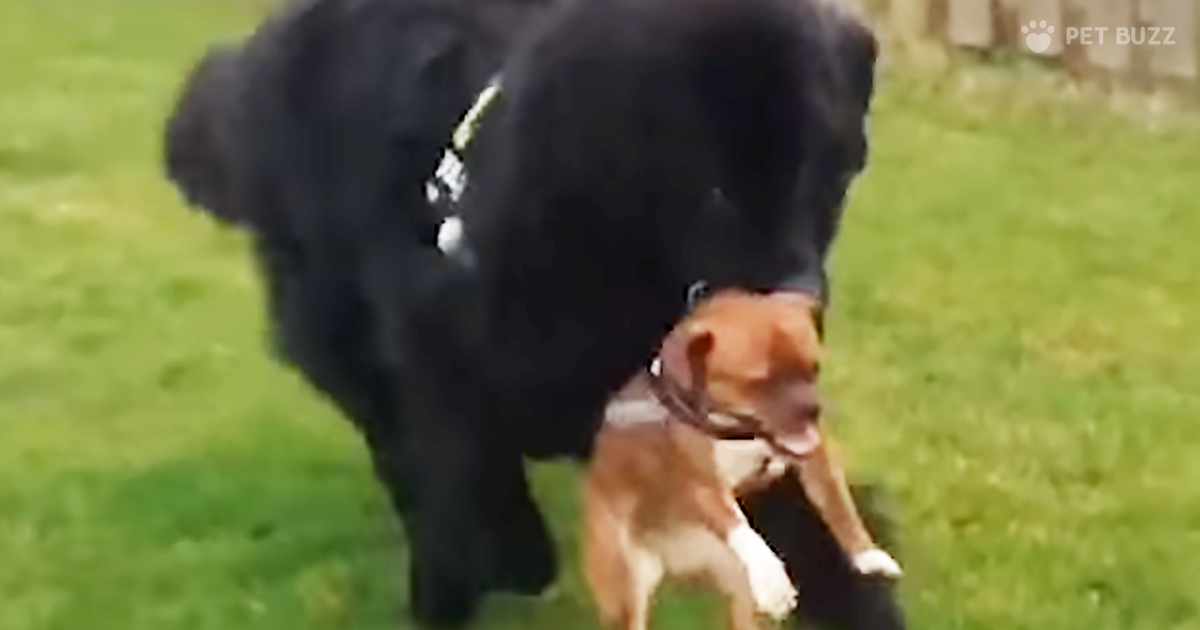 The Newfoundland is one of the most adorable breeds of dog I have ever laid my eyes on. They are massive in size, regal to look at, and very gentle in character. As you can see in this heart-melting clip, these cute pups love to play, too. You are going to be in stitches when you see this hilarious little video.

In this clip, an adorable Newfoundland puppy is joined by his much smaller friend. This Newfoundland just realized how easy it is to carry his tiny friend around. So they started playing a hilarious game of doggy airplanes.

I was rolling with laughter when this giant puppy ran outdoors with the other dog in his mouth. The tiny pooch is having as much fun as his bigger counterpart.

Now, who knows what possessed this funny dog to pick up his little buddy by the harness, but we are sure glad he did. This is so funny. It is almost like he wants to play with his friend but can’t wait for him to keep up, so he decided to just carry him around for their playtime. Hilarious. Check them out in the video we have posted below. 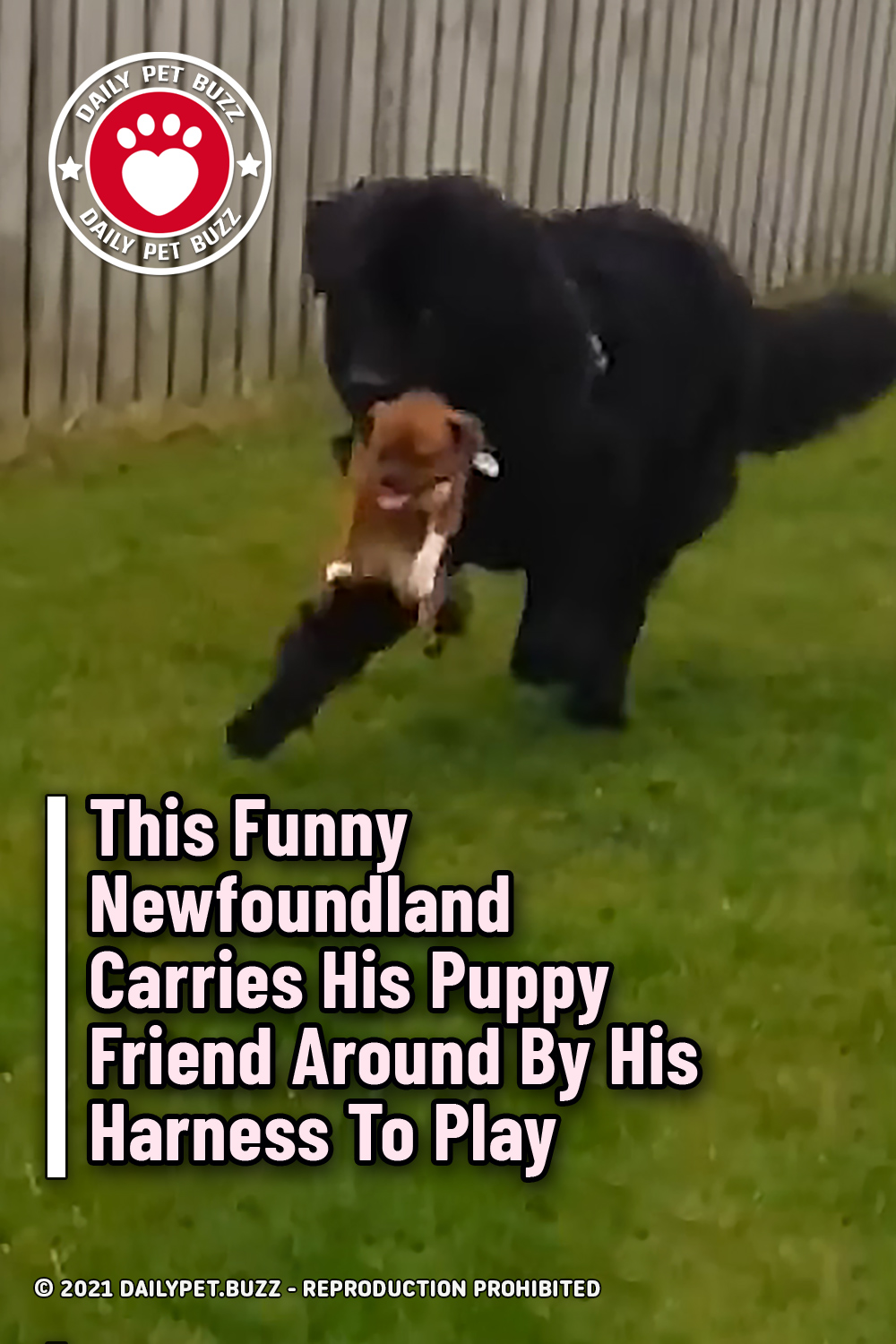