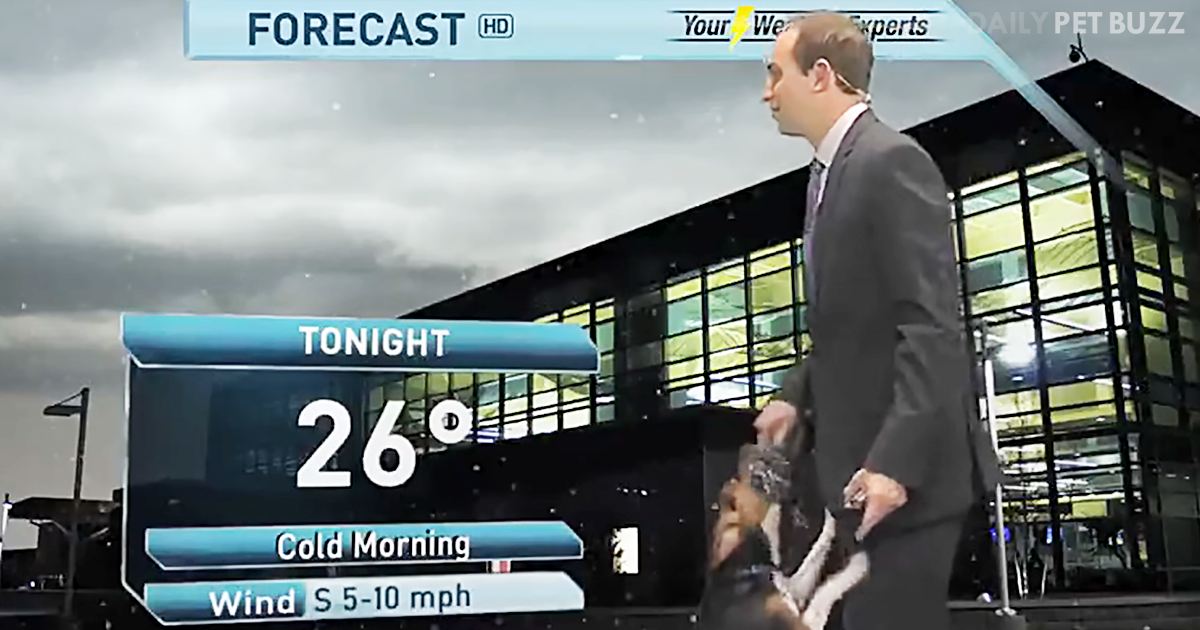 It’s a tough job being a weatherman. When you’re right, nobody seems to notice, but when you’re wrong, you suddenly seem to be personally responsible for everyone’s ruined weekend. No one said it would be easy, but the rest of the country just doesn’t get the minute details that come with attempting to predict weather patterns.

Sometimes a cloud will go north, and other times it will go south. It’s tough to make an informed decision based on previous historical weather data. And that job certainly gets a heck of a lot tougher when you’ve got a wet nose pressing against your hand.

It turns out that this local weatherman was just trying to give another one of his entertaining reports when the blooper of the century occurred. It turns out that Griffey, the weather dog wanted to play a game of fetch right there and then.

Even though they were all live on the air, Griffey didn’t care because he wanted to play. He kept coming back to this weatherman in the middle of his special report. ‘He’s a warrior,’ the weatherman said as Griffey gave out a ferocious roar.

As the weatherman continues to play with Griffey throughout his reporting, we couldn’t help but smile at his antics. This little dog is obviously loved at this local news station, and we honestly love seeing little Griffey enjoying himself so much with all of his journalist friends. Don’t miss this silly weather-dog and his fetch playing on live TV in the clip below. 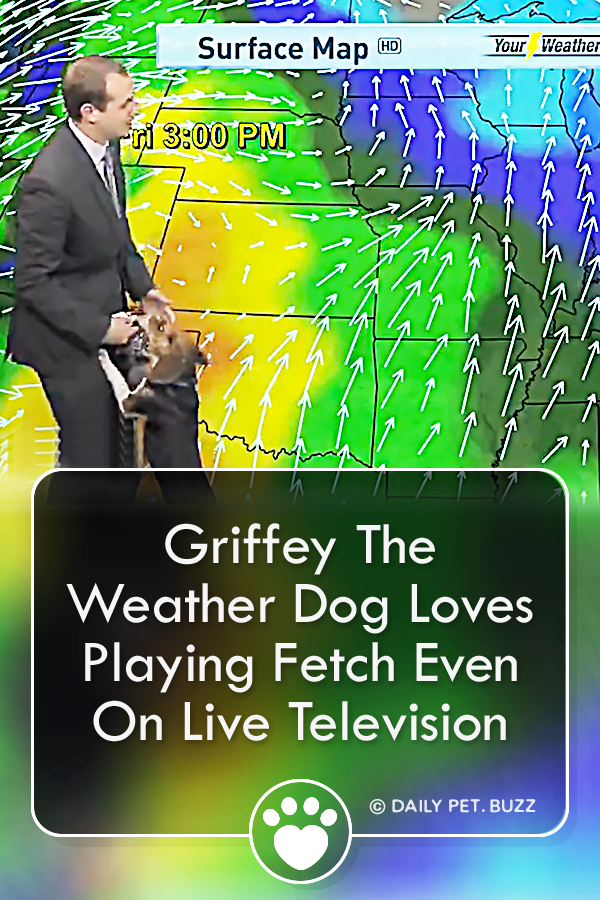