Sometimes a story has a captivating start, and sometimes it doesn’t get interesting until the end. Then there are stories like this one that keep our attention from start to finish. This next video shows a heartwarming story you have to see. Andi Davis, an avid hiker, was trekking in the Phoenix Mountain Reserve on a little-used trail on a somewhat isolated mountain when she discovered something surprising.

On the ground in front of her was an injured dog who looked like he had two broken legs as if he had fallen a great distance on the rocks. Andi hesitated to get close to the dog, because as any intelligent person knows, getting close to animals in the wild, even domesticated animals, can be dangerous, especially if they are injured. But she understood that the dog needed help right away and decided she could rescue this dog herself. After she gave the dog some water, she figured out how to save him.

Even though she was petite, she was strong, and she carried the 50 pound pooch back to safety. This took over an hour on the remote mountain trail, but she was successful. After a trip to the vet, Andi and her family learned the dog didn’t have two broken legs, but had been shot! He had a bullet wound! Fortunately, Andi and her family adopted Elijah, which is his new name, and he is now safe in his forever home.

Watch this heart-wrenching story in the next video. 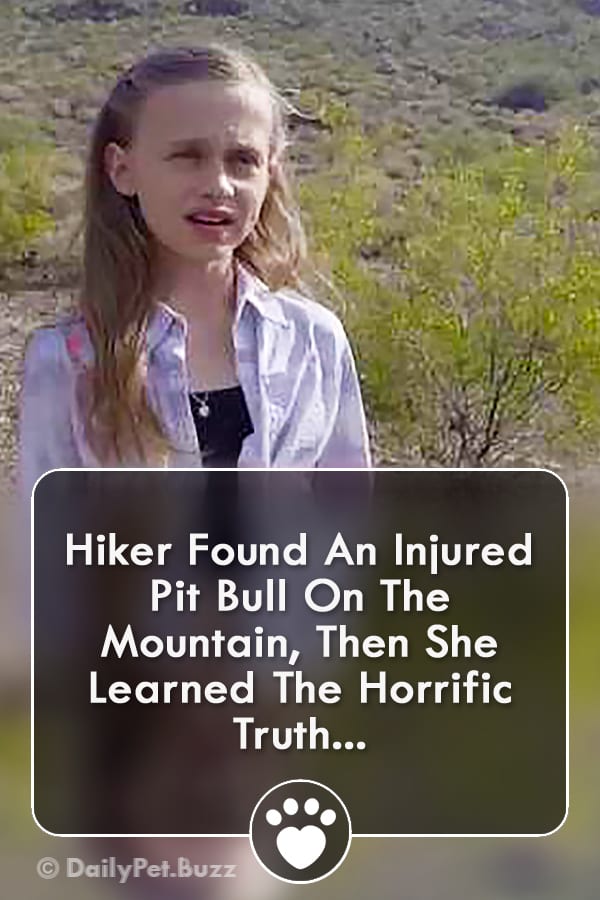