Nobody likes going to the dentist and when it’s to get your wisdom teeth removed, it’s an appointment you dread to keep. But go you must, so that your mouth is all healthy and happy.

When Millicent Phillips went to the dentist’s for her wisdom tooth surgery, little did she know what lay in store for her. Because her brothers in collaboration with their mother had planned up a brilliant prank that would fool their little sister completely!

After the surgery, she was on medication and was in a lucid state. As they were driving home, suddenly an important announcement was aired on the radio informing the people that a new virus outbreak had occurred, causing zombies to exist. As the news blast seemed urgent, they made a call to their mother to check with her and she confirmed that it was serious, which further fooled their sister.

/while she didn’t seem convinced by the prank earlier, after hearing her mum telling them to take precautions, she also slowly started getting convinced and she had to make some tough decisions. Like which pet to take and what cake to eat.

This prank is so hilarious; it went viral generating over 23 million views! I was laughing so much; this has got to be one of the funniest videos I’ve watched in AGES. Of course, all was revealed in the end but you really must watch the entire video to see how things go down.

Absolutely brilliant. Hats off to the brothers and mum for the great prank. I’m sure Milli would’ve given them heck once her medication wore off though.

What did you think of the prank? Have you pulled any pranks like this on your friends or loved ones? Write in and tell us all about it in the section below. We LOVE a good laugh as well! 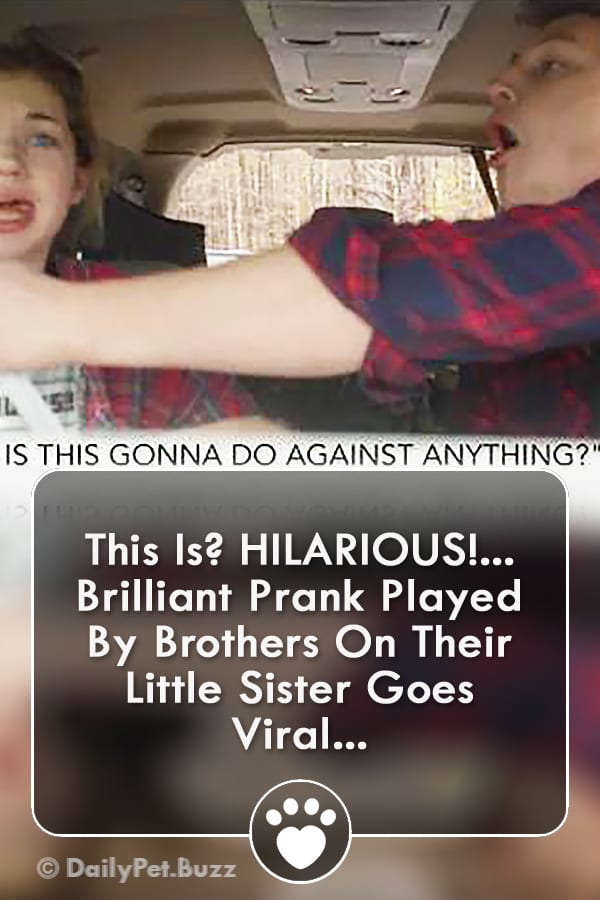