I know it’s hard to believe that this video is real, but I promise you it is! This little dog can do yoga poses most humans are still striving to master, and he is adorable doing it. Why is it we just look funny trying to do yoga, but his little dog looks so cute?

Just like little kids do way too often, dogs tend to pick up some pretty unbelievable habits from their owners. From trying to talk just like them, like we’ve seen in many videos of huskies, to actually mimicking their habits, like the German Shepherd who loads the dishwasher, dogs really do understand a lot more than we give them credit for.

When I see videos like this next one, I really can’t believe all of the incredible tricks some dogs can learn, sometimes when they’re not even trying. In the following clip, we meet Nic Bello, a YouTuber who never misses his daily yoga stretches. One day, Bello realized that his little Chihuahua, Pancho, had picked up on a few moves of his own and he knew he just had to start recording. I really can’t understand how this dog owner taught Pancho all of these tricks. I think Pancho learned them all on his own!

You’ve probably heard of the downward facing dog position before, but this owner and his pup really take it to the next level!

Have you ever seen a dog do anything like this before? Let us know in the comments. We’d love to hear from you! 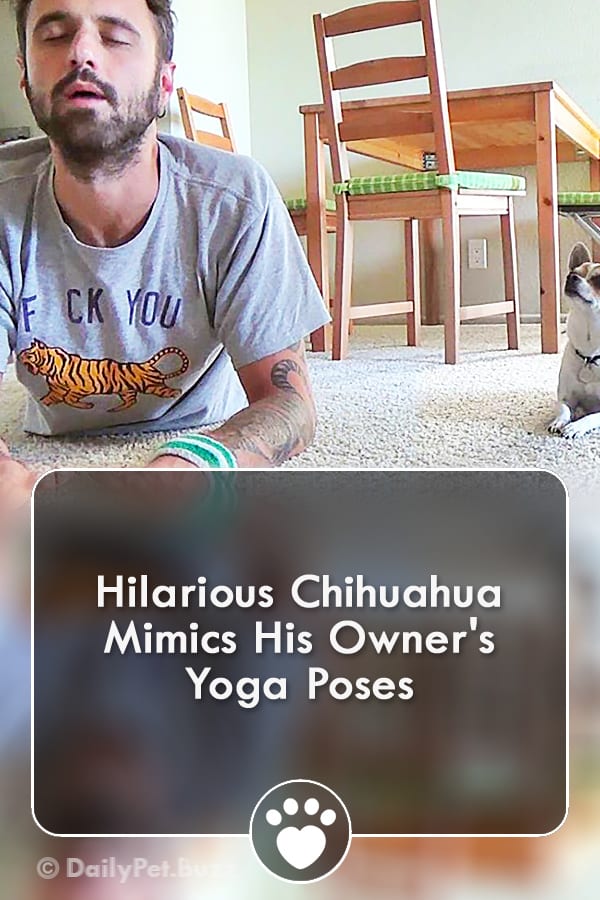