There’s no denying that dogs are some of the most incredible creatures in the world. They seem to bring endless happiness into our lives just by being around. Whether you’re going through a good time or a miserable one, they continue to show their loyalty to their families and friends and do whatever they can to support you. They’re also extremely entertaining! Without even trying, they can crack you up with their antics. It’s no wonder they’re such a hit online!

You never know when dogs are going to pull out some hysterical moves. They can make even the most mundane activities hilarious! For instance, the Great Dane featured in the video above had just discovered a giant trampoline that was in his backyard. He decided to discover the incredible joys of going for a bounce, and that’s exactly what he shows us in this adorably funny video! It took a moment for him to figure out what the trampoline was for, but he had a blast once he understood!

Pups are beyond playful, but this pooch took playtime to a brand new level. When someone was walking by the fence, he was able to witness this bouncing dog’s joy for himself! The Great Dane was able to pop up over the fence to say hello as he jumped up and down. An already large breed, this dog got an extra boost when he wanted to look over at people passing by!

You have to watch this hilarious clip for yourself. It’s going to brighten your day, that’s for sure! What a clever pooch. I bet he spends hours on that thing! Make sure you check out the silly footage and leave your thoughts for us in the comment section below. Then, share this hysterical story with your family and friends! 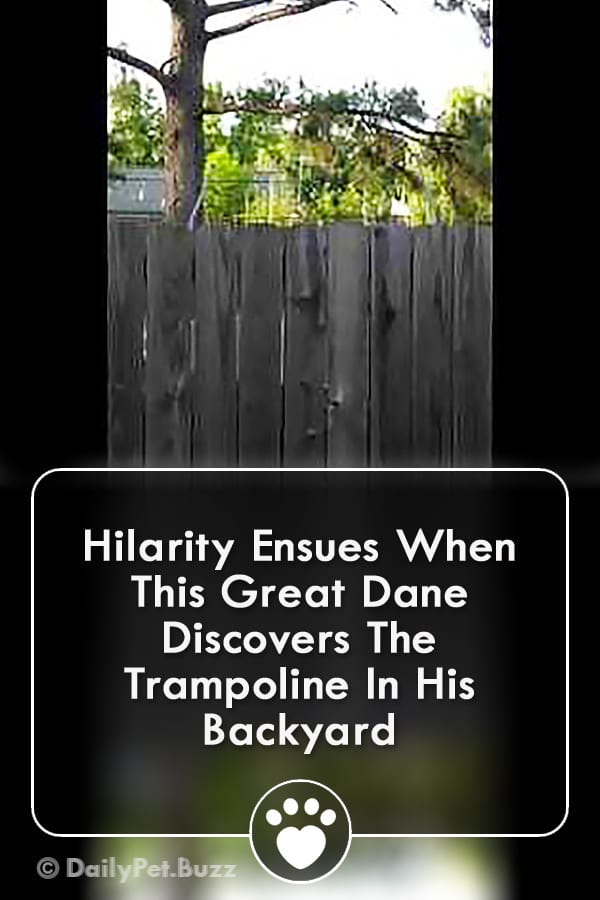