This beautiful dog featured in the video above is called Honey. Honey was found on the streets by the rescuers from Animal Aid Unlimited. It is a hospital and a sanctuary for injured and ill-treated street animals in Rajasthan, India. Unfortunately, they have no shortage of clients.

When they found Honey, he was near death state. He was covered with severe wounds and was infested with maggots that were eating him alive. So without wasting precious time, they began his treatment. The vet from the United States sedated him and pulled hundreds of maggots from his wound, cleaned the area, and bandaged it many times in the coming days.

Through all of his treatment, Honey never complained. He just stood still and let the doctor work on him. And after more than two months later, Honey is recovered and full of life. It was very fortunate that they got to him on time. You will smile when you see Honey run around with his other friends at the Animal Aid center. I think the vet may have gotten quite attached to him as well, considering how many hugs he gets from him.

This video has graphic content and it may be difficult to watch for some viewers. But I assure you, it is undeniably worth it because it is so rewarding at the end! Honey loves the camera is quite curious. You will love seeing his happy face in the end.

Watch this amazing rescue in the video above! What did you think of it? Share your thoughts in the comments! 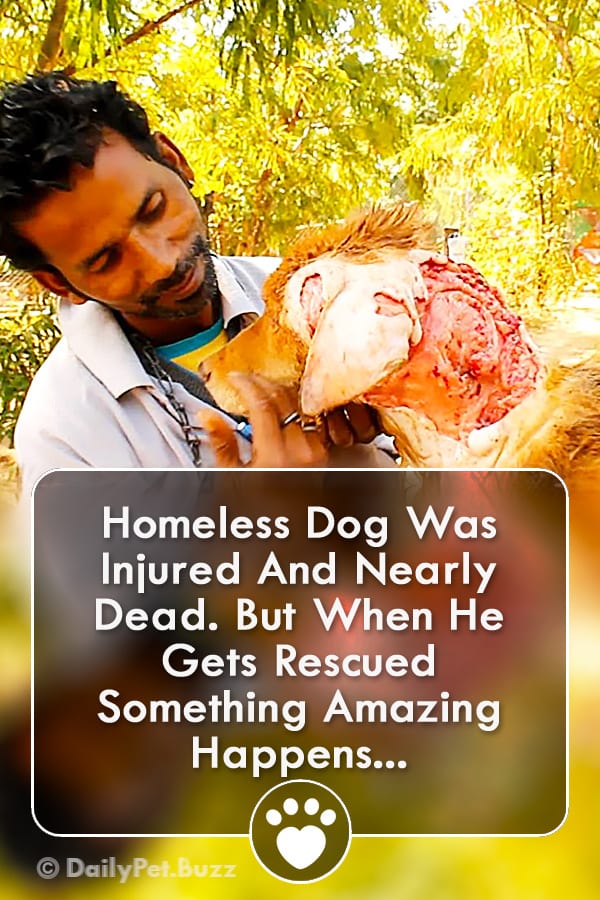