There’s a common misconception that pit bulls are aggressive. Some people even call for restrictions on having pit bulls inside city limits, and claim all pit bulls are dangerous. In truth, pit bulls’ attitudes are based a lot more on their environment, and not on their breed.

Not long ago, Hope for Paws, a rescue group in Los Angeles, California, received a call about a pair of pit bulls that had spent the last six months living in a truck yard. Rescuers from the U.S., U.K, Costa Rica, and Australia surrounded the truck yard in an attempt to secure the dogs during the rescue.

They decided to focus on rescuing the male dog first. When they approached, he was initially skittish, running away when anyone got close. Soon, they were able to get close enough to offer the dog a hand, then pet him, after which he calmed down.

Once they got the male dog, who they later named Clark, into a collar, the tied him to the fence to keep him secure. The female dog, Lois, inspected her friend. Apparently she decided that the rescuers were the good guys, and let herself be captured.

The two dogs were taken to the vet in separate vans. Lois arrived first, and she started wagging her tail as soon as she saw Clark arrive. They’ve been rehabilitated, and are awaiting their forever home, together.

Watch Lois and Clark’s touching rescue in the video above! What did you think? Leave us a comment, we’d love to hear from you! 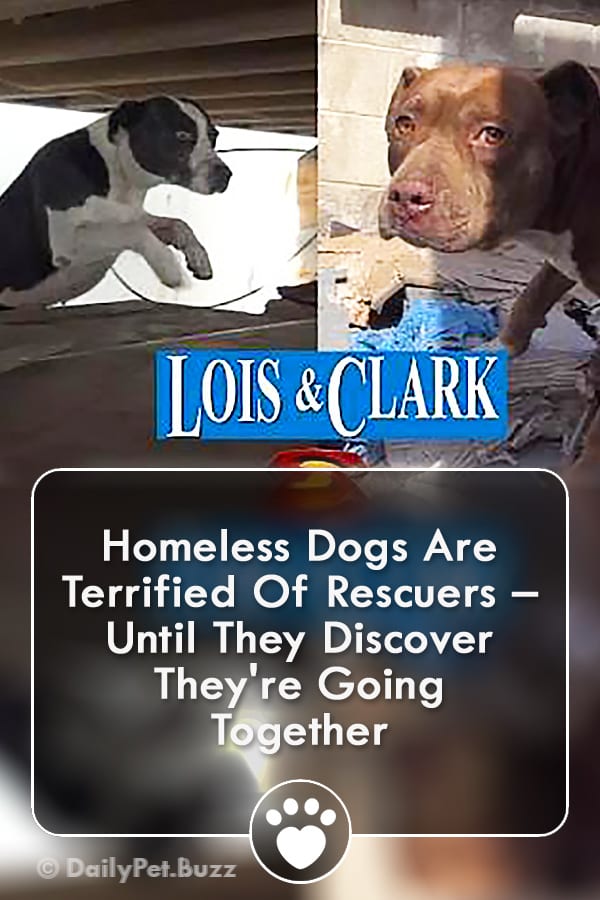