We’re lucky ” most of us live in homes with temperature controls and a lot of other amenities. There’s running water and working toilets. Many people have much worse living situations ” and they would shake their heads at any of our complaints. Then there’s what some animas endure. Some are housed in places where they can’t move ” think pigs and cows. Then there’s this dog named Harriet, who was rescued from a meat farm in South Korea. The byproduct of her time there is shown in this video.

We see Harriet looking at this dog bed like it’s an alien. She has NO idea what it is. All she knows is that she’s in a new place and she’s tired. So what does she do? Curl up in this dog bed? No – she starts nodding of while still sitting in place. Apparently, that was what she did before. So that’s what she’s doing now. Will she learn the true purpose of this dog bed or will it take some nudging and training?

Harriet was so used to being in her cramped cage and sleeping while sitting that she had no idea that the bed was even used that way. So she was doing the same thing at her new place, even with all the wide open space and her doggie bed. Eventually, she figured it out and plopped herself into the bed. That must have felt like lying on a cloud compared to her cramped quarters before.

Even though this might be from a different culture originally, I don’t understand how people can ever think that treating a dog like this is OK. Harriet deserved to be living in a forever home, not a cage. The fact that she was living her life like that and was used to sleeping in that position just breaks my heart. Hopefully, she had a new mommy and daddy pick her up and have her sleep in the world’s comfiest dog bed.

Wasn’t that a sad situation at first? Have you had your dog fall asleep in a similar position? Tell us all about it in the comments section. Also, please ‘Like’ us on Pinterest! 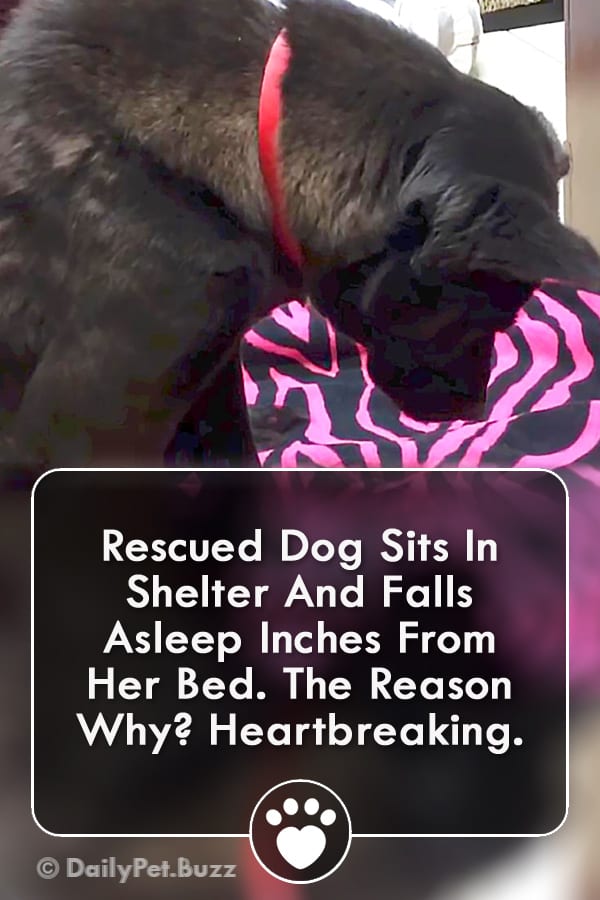