Two concerned dog parents, Mariesa and Chris, were terrified to leave Storie alone. She was a kennel dog that was pregnant when they visited their local shelter to see if they could find a new member for their family, as they already had a bunch of big dogs that they had adopted back home. But if Storie had not been adopted, she and her twelve puppies would have had very small chances of surviving.

Thankfully, these kind adopters who had already done so much for shelter dogs waiting for adoption and a chance of a happy life were able to open their doors yet again, and they gave Storie a comfortable place for her to rest before giving birth. They just assumed she would need a few days to get comfortable in her new surroundings and feel safe enough to give birth. But as it turned out, this was not the case.

To the surprise of everyone, less than 24 hours after her adoption, Storie went into labor and successfully gave birth to all twelve of her puppies. It was like a miracle adoption! I guess she didn’t need time to adjust after all. A few hours of difference, and their fate would have drastically changed. But they will now live a happy life with a big dog family. It is so heartwarming to see the generosity of this kind couple and how they were able to help this mom and her puppies. 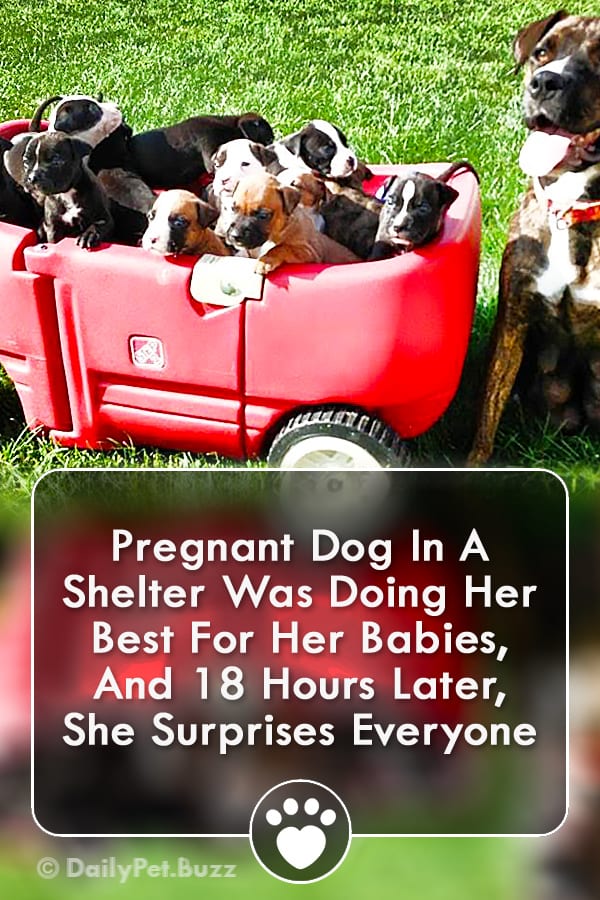