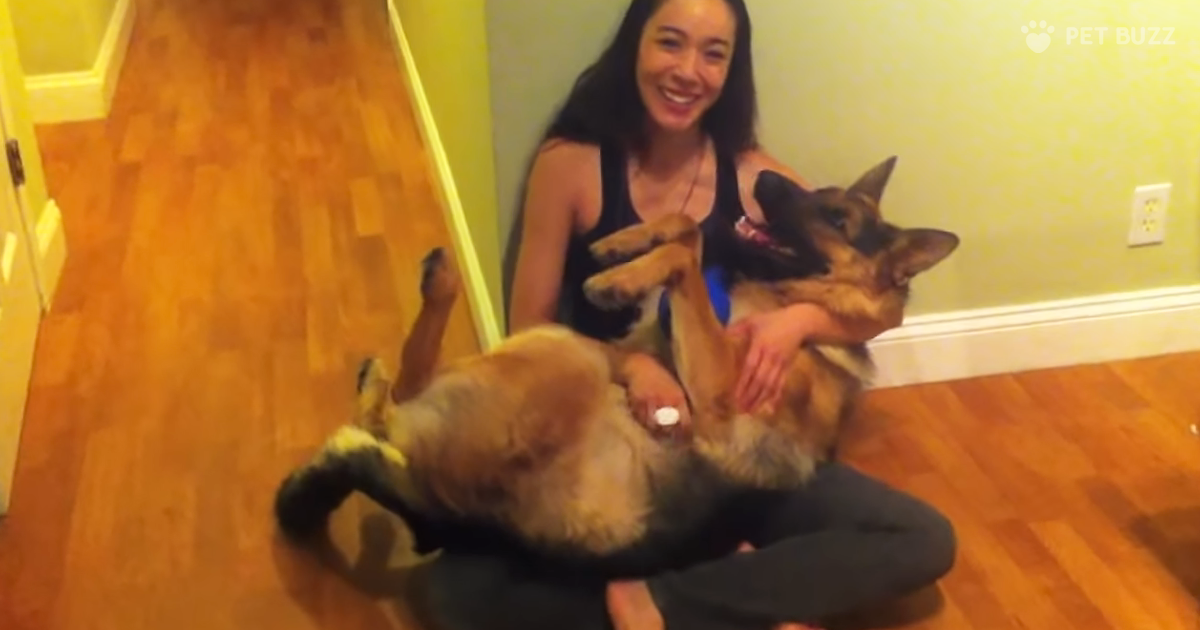 Not many people realize it, but our sense of touch is definitely our most valuable one, and not just speaking for humans, but for animals in general.

Since the moment we come into this world, we all want the warmth and comfort that people around us can give. No matter what species you are, we all need some loving and attention every now and then, and there’s no better way to get it that by being pet, held, or rubbed somewhere nice. Like the pup in the video below.

In this clip, you will meet Dunder, one of the cutest German shepherds we’ve ever featured here, who still acts like a small puppy when he’s held by his mother. He’s just too sweet for this world! According to his mom, Dunder’s favorite trick is simple but adorable. He’s done it since he was a puppy, and even though he’s way too big now, that doesn’t stop him at all. I don’t want to spoil anything for you, but when you see him in action, you will not be able to contain your excitement, I can be sure of that. I mean, just look at him.

Watch him in the video just below. Aren’t dogs like these the best? 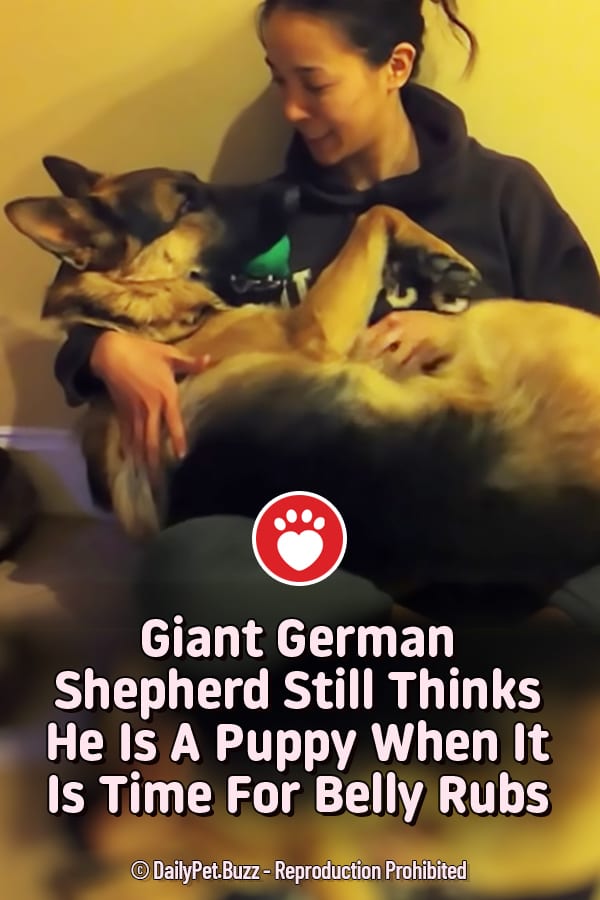