A 22-year-old girl from Ohio will spend the next 6 months in jail for her unthinkable act of cruelty. This awful person attempted to kill her little dog by breaking her neck before throwing its body in the dumpster at her apartment complex. Fortunately, the small, but strong dog survived.

A maintenance worker called to police when he found the poor dog ” injured, but breathing. The miracle pup, now named Honey, turned out to be in good health when she was found. Just to be safe, she spent the next few days recovering at the Metropolitan Veterinary Hospital. It was there she met her soulmate, Copley Police Officer Chris Santimarino. The moment the officer looked at Honey’s eyes, he felt an instant connection. Then, the benevolent officer made a decision that changed both of their lives forever. This is wonderful!

Officer Santimarino was shocked that someone could be so cruel to such an innocent creature. So, it didn’t take much time to realize Honey belonged with him; he quickly adopted her! The dog is a part of his family and she is happy now!

Watch this video. What do you think about animal abuse? Let us know through your comments! We’d love to hear from you! 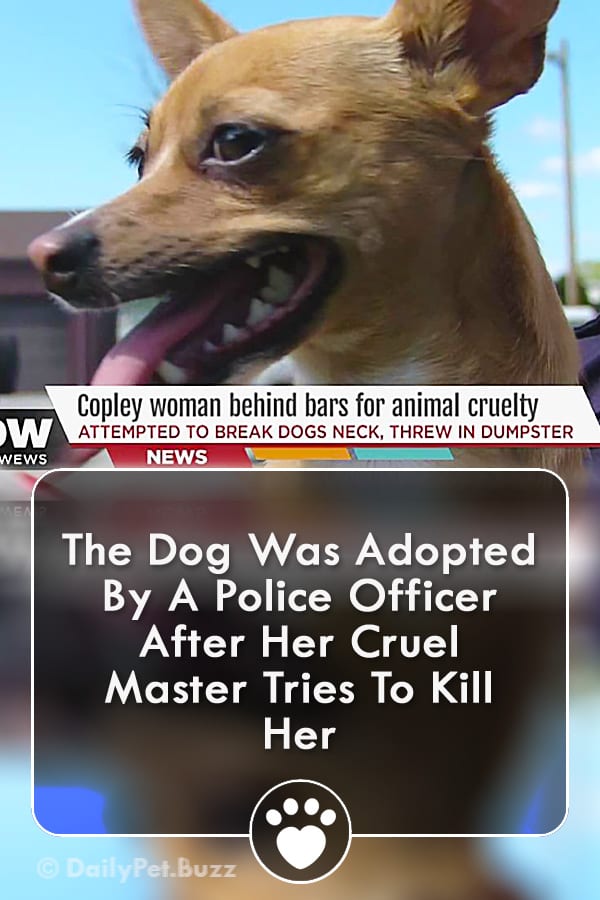