Anyone who’d ever had a dog can tell you, it doesn’t matter when you come home, they’ll always be happy to see you. Even if you’ve been gone much longer than they would like”which is generally any time at all”as soon as they see you, all is forgiven. It’s one of the things that make them such amazing companions. There’s no judgment, no resentment, just pure, unadulterated love. Of course, for both the dogs and their owners, separation can be a very difficult thing to endure. For the dogs, all they want is to see their person again, and for the owners, the same is true most of the time. Who doesn’t want to be around a big, cuddly beast who just wants to show its affection?

When war veteran Joshua was forced to move across country to California, he had to leave his beloved pups, Panda and Mama, behind in Louisiana. He left the dogs in good hands, but the process of leaving them at all tore him apart. Panda and Mama didn’t deal well with the loss, either. They barely ate after Joshua left, and became mopey and lethargic. For Joshua, acclimating to civilian life after he left the military had been incredibly isolating. Only after Panda and Mama came into his life did he start to feel better, and more connected with the world around him.

After two months apart, Joshua was able to arrange a reunion. He set up a time when Tia and Mariah, two volunteers, would be able to meet him at a nearby park, with Panda and Mama in tow. The girls and the dogs arrived first, and as soon as Joshua drove up, both Panda and Mama stared intently at his car. Once he opened the door, they went absolutely wild!

Check out this touching reunion below. What did you think? Leave us a comment, we’d love to hear from you! 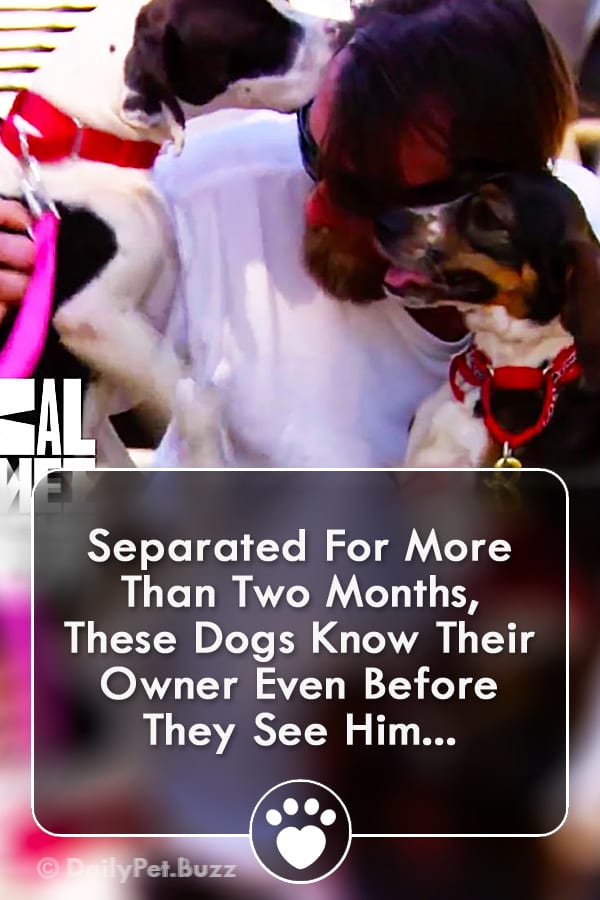