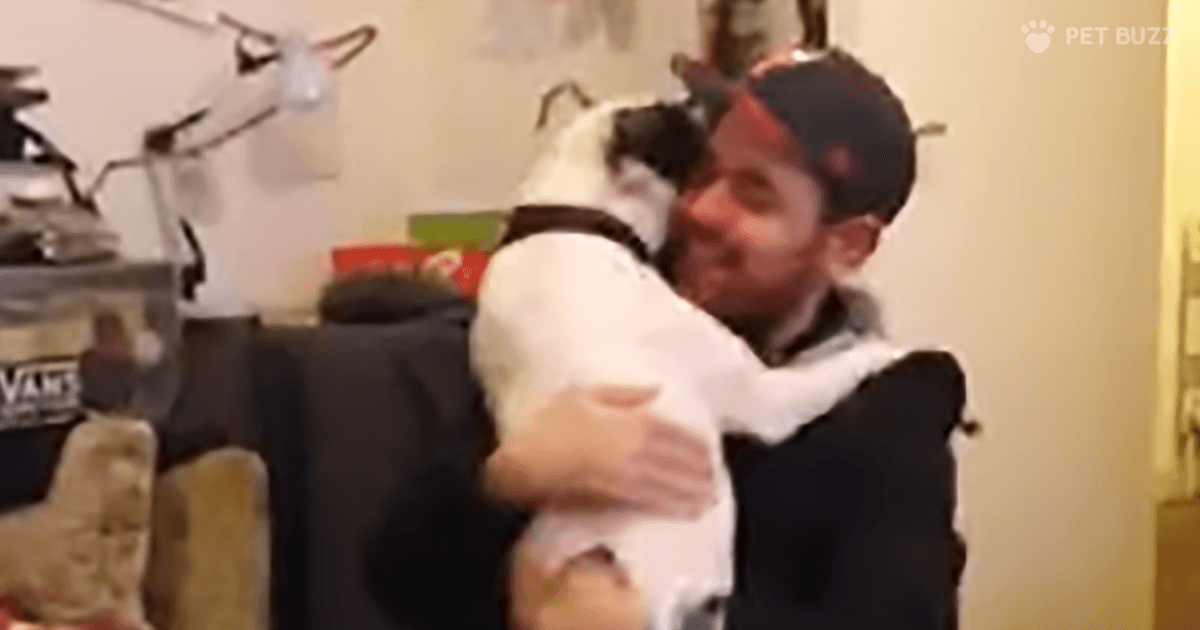 Dogs miss their parents terribly while they are gone. It’s unclear if they actually understand the passage of time. An hour might seem like a day to them and a day might seem like an hour. Either way, there are many cases of dogs getting anxious or upset when their mommy and daddy go away for even a workday. This is why many buildings don’t allow dogs, they don’t want them howling in their parent’s absence. Then there’s this video.

We see Mark come through the door and Patch, his rescue pit bull, LEAPS from the sofa into his arms and starts slathering him with kisses. This pooch has missed his dad terribly, and he’s making sure that his affection is known. At this point, Mark is probably considering never leaving the apartment ever again, since this reception will likely greet him if he ever travels again.

The biggest kicker here – Mark was only away for a week. Watching this video, you would have thought that he had been gone for at least a year. Patch was going nuts as you see in those reunion videos between dogs and soldiers that have been deployed for a long time. I’d hate to see what would happen if he had been gone for TWO weeks. He might have licked his face clean off or knocked him out with is wagging tail.

That’s one thing that separates the dogs from cats for me. Do NOT get me wrong here – I adore my two cats more than anything on Earth, but when my wife, son and I get home from a few days away (We have someone feed them and change the litter while we’re gone- chill), they may rub our legs and meow a bit, but that’s about it. My old dog would jump in my arms. There’s just more affection with dogs. 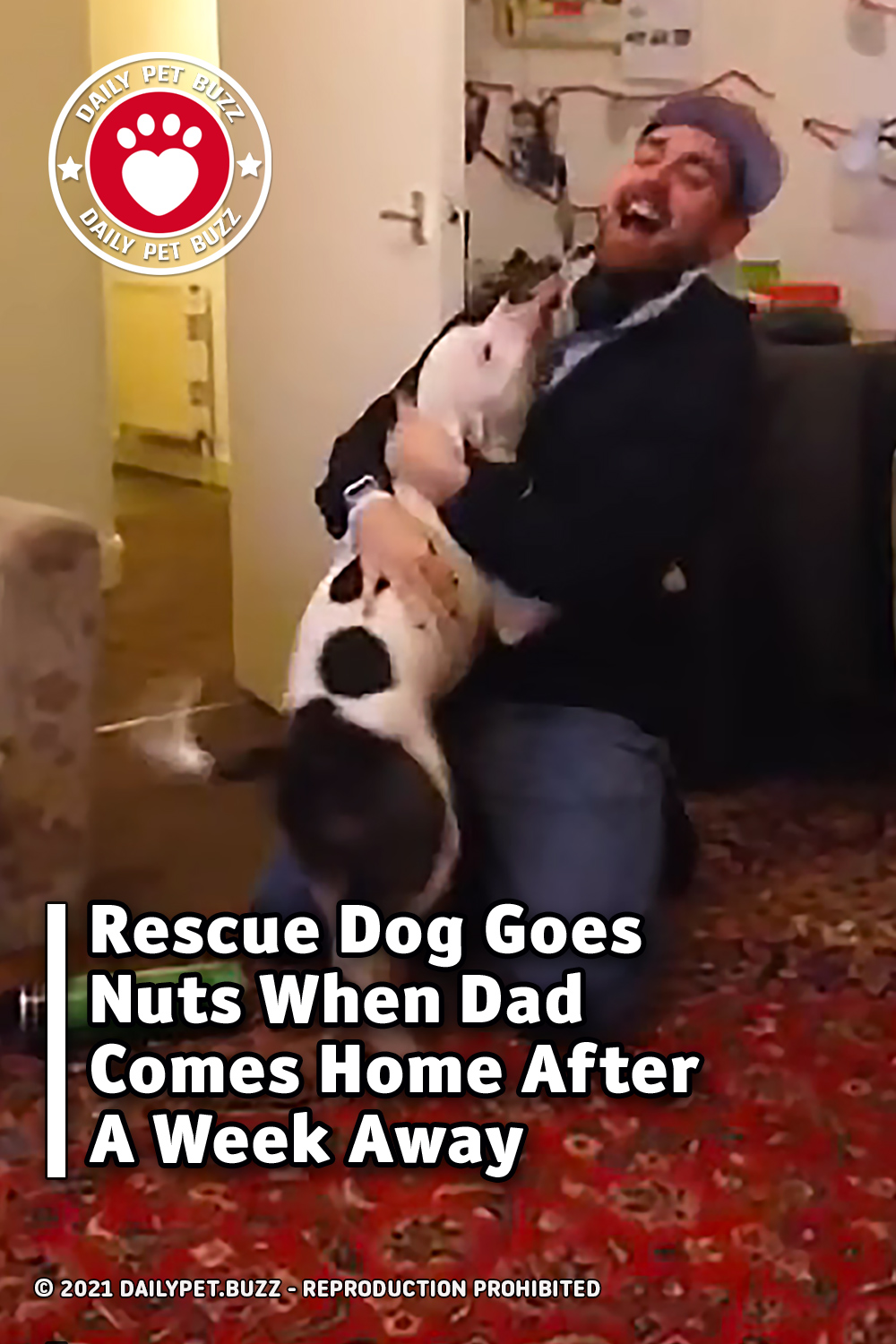