If you’re interacting with wildlife, it’s always important to show some respect and keep your distance. That’s especially true if the wildlife in question is potentially dangerous. Animal behavior in general is unpredictable and with wild animals, it’s a good idea to expect the unexpected. Few people are like the biologist known as “The Wolfman” who raised a group of wolf cubs, learning the meaning of every growl and howl. He knew what he was doing (although not all of his fellow biologists would agree). Or take for example a group of friends in Finland who went out to photograph a bear. It actually played nicely with their dog but suddenly did an about-face and lunged at one of the people, sending him running for his life. He was lucky and lived to tell about it.

Most bears are relatively docile by nature but still not to be trifled with. Those sharp teeth and immense claws can do a lot of damage. There is one species that is inherently dangerous: the polar bear. To survive in a harsh Arctic environment, they have to be absolutely ruthless: if it moves, it’s a possible meal. That includes us: unique among bears, polar bears will actually deliberately stalk and kill humans.

Despite the dangers, Brian Ladoon runs the Mile 5 Dog Sanctuary in northern Manitoba — polar bear country. Incredibly, the bears sometimes play and cuddle with the dogs. But how do the dogs and bears manage to get along? According to Ladoon, “I can’t say I know all the answers, I just know that when there’s a bad relationship, the other dogs know it. But when the relationships are casual… They’re very exploratory. Bears are social. Very individualistic, but they have a social adaptability. This is a social order here. It’s a social thing and they’re sort of enjoying it.” Check out the video posted below to see them in action.

What did you think of how these dogs and polar bears get along? Let us know in the comments at Facebook and don’t forget to like and share! 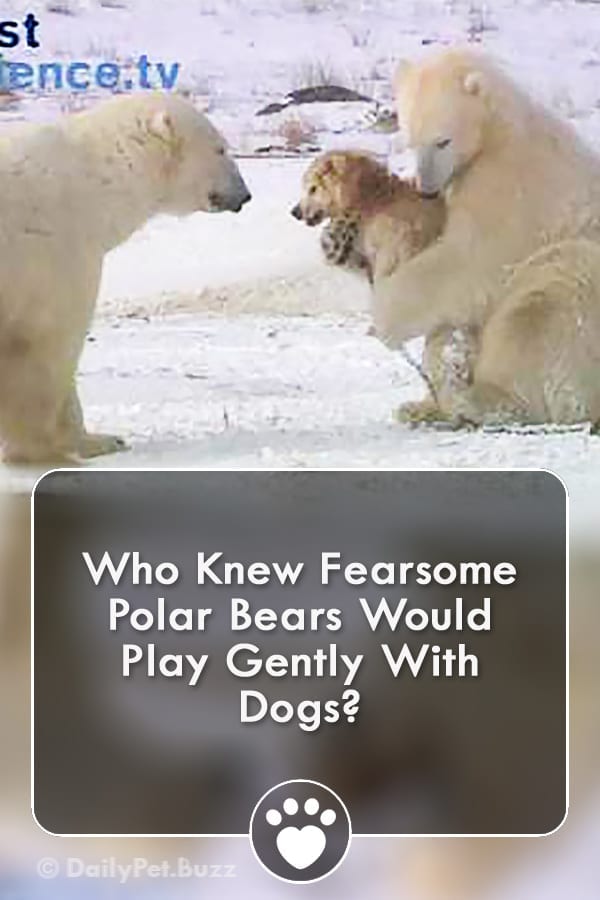