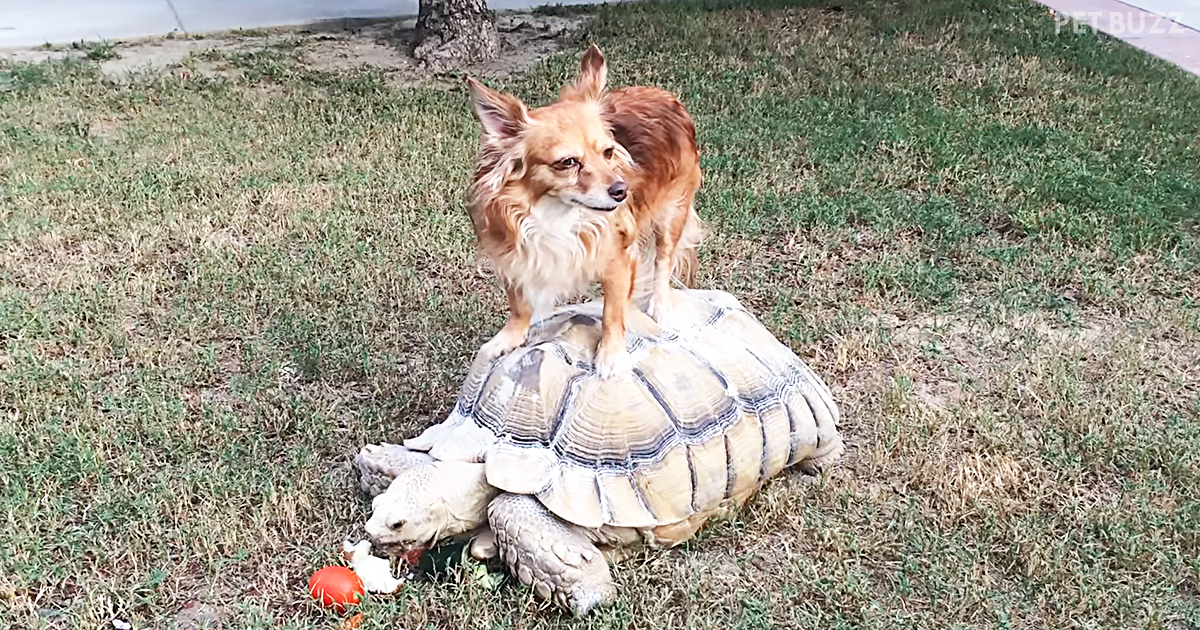 Admittedly, we are living in a society that is getting lazier and lazier — tired of walking in an airport? Take the moving escalator (and by all means, don’t stand on a particular side of it either). We can order takeout from our phones. The gym? Too far away (it’s half a block). But nothing beats this.

A dog named Sunshine being possibly the laziest dog on the face of the Earth. You have got to see this to believe it. We see Sunshine standing on top of a large tortoise named Nicholas, who is walking around a backyard. There’s another dog lurking in the background.

Nicholas is just taking a leisurely stroll around, though he does move faster than I thought a tortoise his size would. It’s like those killers in a horror movie. They seem just to amble along and then AAAAH! He’s RIGHT THERE IN FRONT OF YOU! Not that I think Nicholas is a homicidal killer – unless you’re a ball of lettuce.

Sunshine is so happy. She’s getting chauffeured around by Nicholas. Her expression seems to be saying, ‘I’m on a giant tortoise, and you’re NOT!’ At least she’s nice about it with the other dog in the area. She’s not a jerk like that cat you see riding on the robotic vacuum that smacks a nearby dog in the face not once but twice.

This funny dog does not seem the least bit ashamed for being so lazy, and is quite happy to scoot around the yard at whatever pace Nicholas wants to set. Click on the video below to have a good giggle or two at these two unlikely friends. 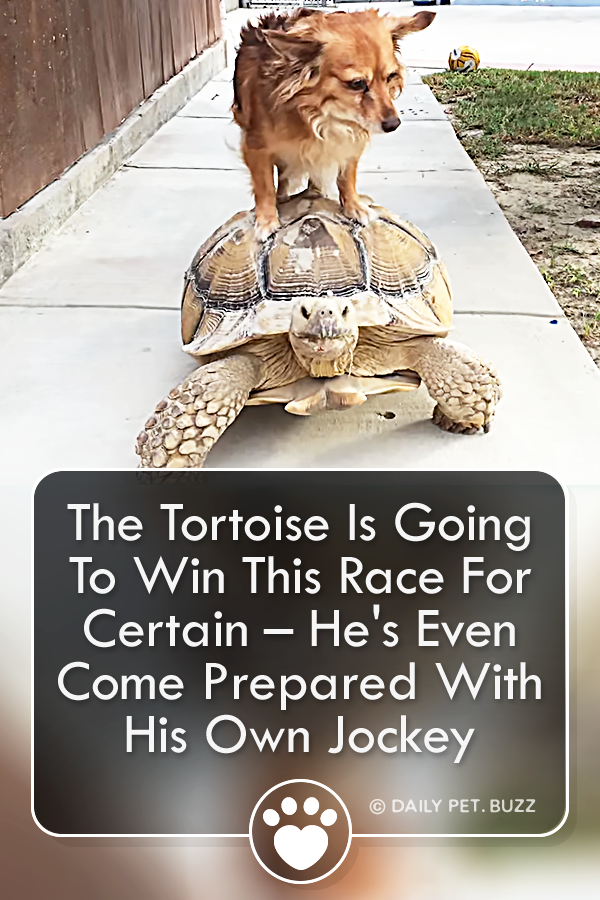