Hope For Paws is definitely one of the most amazing rescue organizations in the world. We are really thankful to them for helping all those abandoned animals in need. The following video features one of their most recent rescues. You are going to be in tears when you see how they rescued this precious pooch off the streets of Los Angeles.

This poor homeless dog was in a shattering state when they reached her. They had been informed about her severely matted condition, and upon encountering her themselves, they couldn’t even tell if she was a male or a female. Her hair was so matted around her face that it impaired her eyesight.

The poor dog was visibly scared of the unexpected visitors and she would growl every time they tried to get near her. Eventually though, she trusted them and they were able to slip the catch over her head with no fight. I’m sure their loving touch was the first she had experienced in a very long time.

They named her Dolly and took her to the groomer. Grooming her took over two hours, but the transformation was instant. Her personality totally changed after a haircut and a bath, and it took no time before a family adopted her. Dolly is now a completely different dog with a loving forever home and another poodle as a best friend.

Watch the video above and let us know what you thought about Dolly’s rescue in the comments section! And remember: adopt, don’t shop! 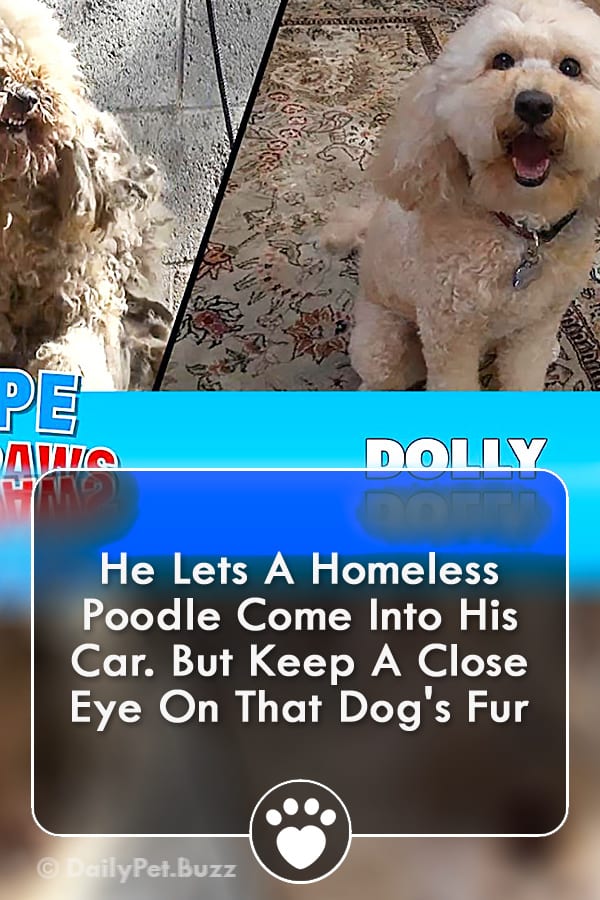