It’s a given that videos involving miniature horses are going to be cute. The fact that they look like real horses, but just – shrunk, is enough to make me click ‘Play.’ Then there’s this video of Charlie, a miniature horse from Queensland, Australia. His presence there alone should make the Australian tourism economy boom like 400%. He’s ADORABLE!

I’ve watched this video like eight times in a row. It’s mesmerizing watching him gallop and bounce around. He even seems to bop his head sometimes like he’s listening to a music soundtrack in his head. This is a horse that loves being around people and being the center of attention. C’mon – if you were an equine and looked like him, you’d love all the attention too. He seems to have that zest for life that many Australians have. You half expect to hear him neigh, ‘G’day Mate!’

It’s not just Charlie’s relentless enthusiasm that draws you in. He just looks like a horse that you want to pet over and over while you pick him up and carry him wherever you want to go. Think of all the fun you could have at kids’ parties and other places. If I were single, I’d even try to have him walk down the streets of New York to see the attention I could get. I imagine I’d be stopped nearly every block. Hopefully not by cops telling me, ‘THAT’s A HORSE. YOU CAN’T HAVE THAT HERE!’

I’ve decided that I really, really want one of these for Christmas. Sadly, I have not been able to find any on Amazon that are also Amazon Prime eligible. Those darn shipping costs! A full-blown move to Australia is a little too pricey right now. Anybody also know how I could order a ranch online? I don’t think that Charlie or any other mini horse would be happy in our apartment here –

This is the cutest horse video out there. Do you agree? Leave a comment below! 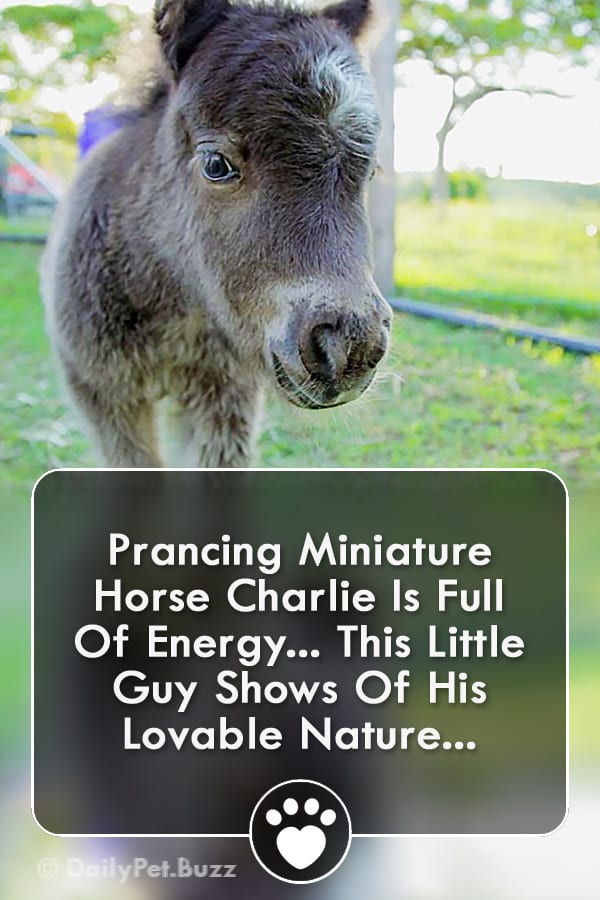