Besides your spouse, there’s no one you want more to have your back than your dog or cat. You want to know that if you’re in trouble, they will leap to your aid or the aid of a family member. Like that cat that fearlessly hurled himself at a pit bull who was going to drag a child out of his own yard. Sad to say, my miniature schnauzer was NOT that dog. Oh, she barked a good game, but if push came to shove, she would tuck her tail and run. Not the dog in this video – even if it really is a prank.

It all opens up with several people hanging out by a pond. Someone is swimming and there’s what looks like a Rhodesian Ridgeback lying on the nearby grass. The person swimming gets a mischievous look on his face and he glances at the camera before fully submerging himself under water. The pooch suddenly looks up, and a mental timer seems to start in his head. When what he deems to be a reasonable amount of time elapses, he leaps into the water to save his buddy.

Now here’s where it turns darkly hilarious. You see, when the dog lands in the water, he bonks his human buddy on the head with his own noggin. Imagine if he accidentally knocked the guy out and this turned into a real rescue? Or – if both were knocked out? Then it would be absolute bedlam. Fortunately, the swimmer is just ruefully rubbing his head as the dog lightly grabs his hand with this mouth and starts tugging him towards land.

This goes on for a little bit before the dog and his human buddy get closer to land. He’s convinced that the guy is in mortal danger and must get back onto terra firma. The whole concept of a prank seems to be lost on him. Though I have to say that this dog passed the ‘I Have Your Back’ test. If I were swimming and found myself getting a cramp and possibly drowning, I’d want him diving in. I’d just cover my head first.

Prank or not, this shows an incredibly selfless spirit that this dog has on display. Wouldn’t you agree with me? Let us know in the comments section. Also, please ‘Like’ us on Pinterest. 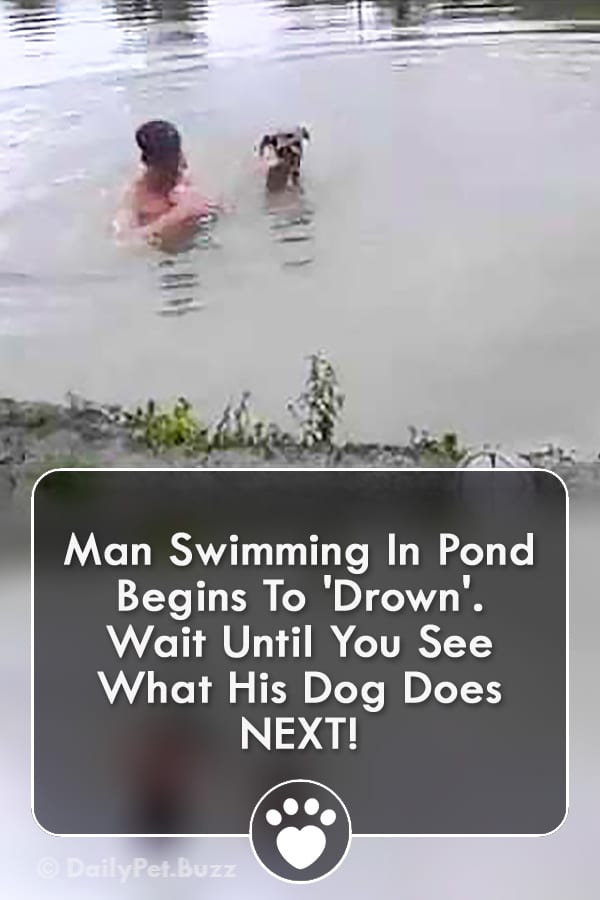