Dogs are full of energy and each one has their favorite critters they like to chase. They are probably one of the liveliest creatures on earth. If you own a dog, you probably also know how enthusiastic they can get when it comes to playing fetch. Our canine friends also like to chase things. Anytime they see small critters like squirrels and cats and lizards, they tend to go nuts! For example, take a look at the dog featured in the video above!

This little girl is a Cockerpoo breed and she is named Coco. According to her owners, she acts like a cat sometimes. As soon as her owners mention the word ‘squirrel’ she is ready to go outside. She runs straight for the door and waits for mom to open it. There is no squirrel in the tree, but Coco doesn’t now that.

In this video, we get to see her chase an imaginary squirrel right up a tree! When her mom says the word ‘squirrel’ , the dog becomes alert at once. Then mom opens the door and she’s off! She climbs a short distance up the tree, and runs back down. When I saw this, I didn’t think it was particularly unusual or impressive.

Then she runs to the corner of the yard, builds up some speed running towards the tree, and manages to climb more than halfway up to a pretty high branch! Now I was impressed. She never found her squirrel, but she seems happy just to climb the tree.

Watch the video above! Does your dog react in the same way Coco does? Let us know in the comments! 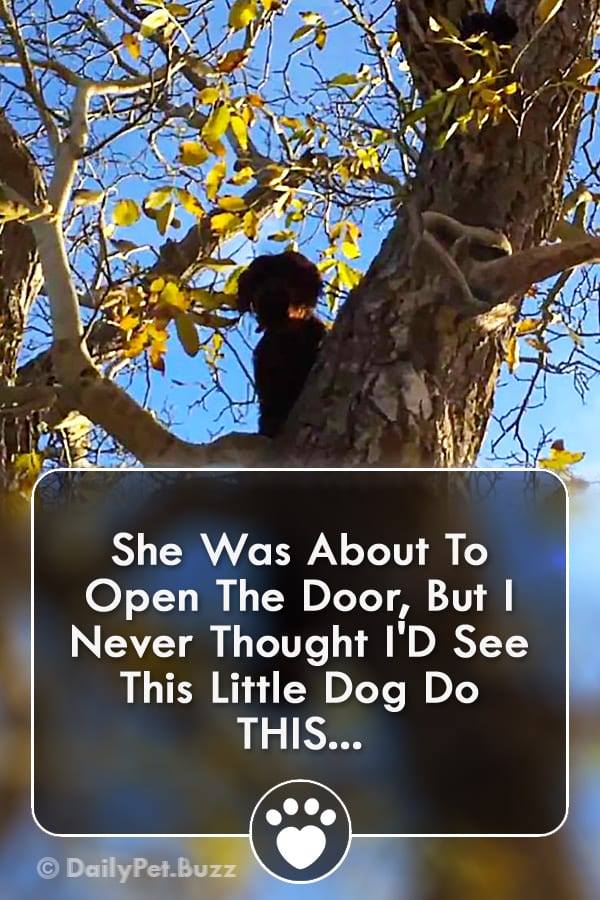