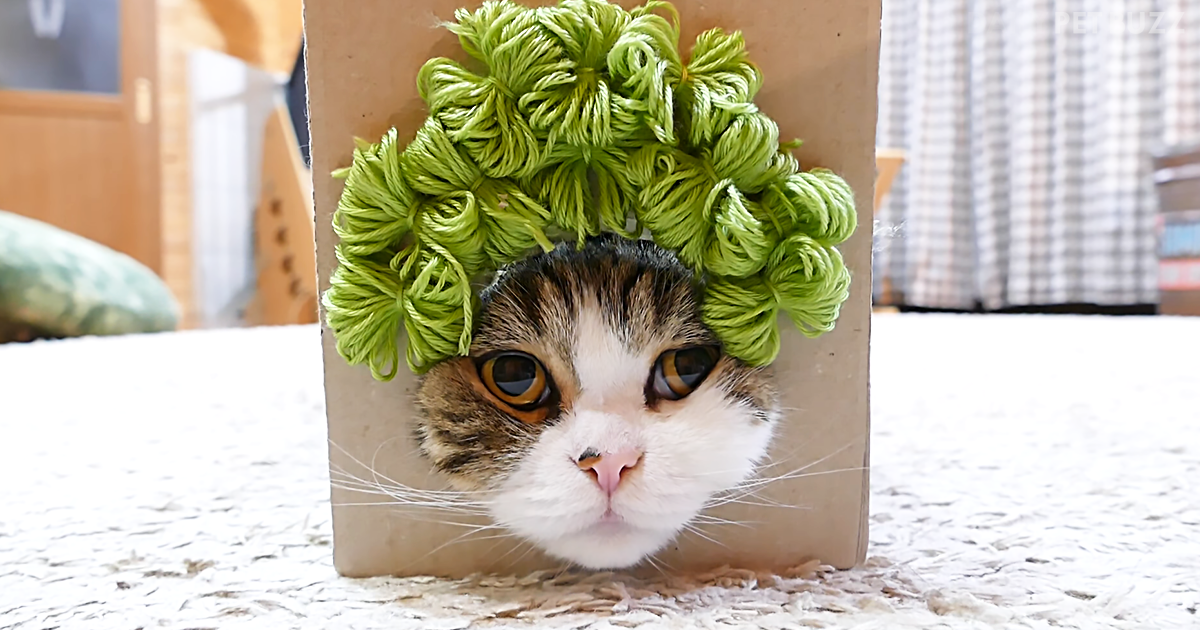 I was sitting at my laptop when I got a notification that a new Maru video was out. I literally yelped, ‘MARU!’ and clicked on the box. Within seconds I was transported to the YouTube page, and I watched it as eagerly as I would open a present. It was so worth it – as is every one of these videos from the Internet sensation.

The premise of the video is simple. Maru, who loves sticking his head in boxes, does so again, except there’s a hole on the other side for his face to stick through. On the outside of the hole are various hairstyles made of wool. When his face peeks out through the other side, he has the appearance of having that particular hairstyle. It’s an incongruous and yet hilarious look for the kitty. We see four various styles.

The first one is a green, shaggy hairstyle. Yes, I said green. Hey, this is Japan. He looks hilarious with this green curly hair. I wouldn’t be caught dead having hair like that, but Maru makes it work to an extent. The other three are black bobbed hair, brown pigtails, and yellow one-length.

While this wouldn’t work on many cats, Maru somehow makes it work with his facial expressions. I think Hana was the only one not impressed by this whole thing. At the end of the video, we see her lying on her side, just kind of like ‘Meh, not doing anything for me. You can have your fun, though – ‘ Which one of these was your favorite? I’d have to say mine was the first, the green shaggy hair. Check out Maru and his funny new ‘hairstyles’ in the video below. 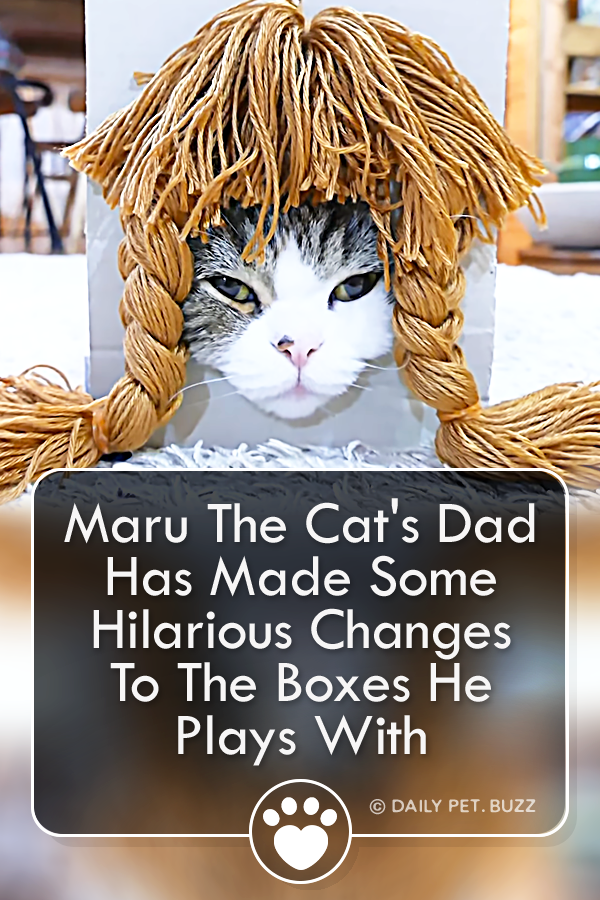