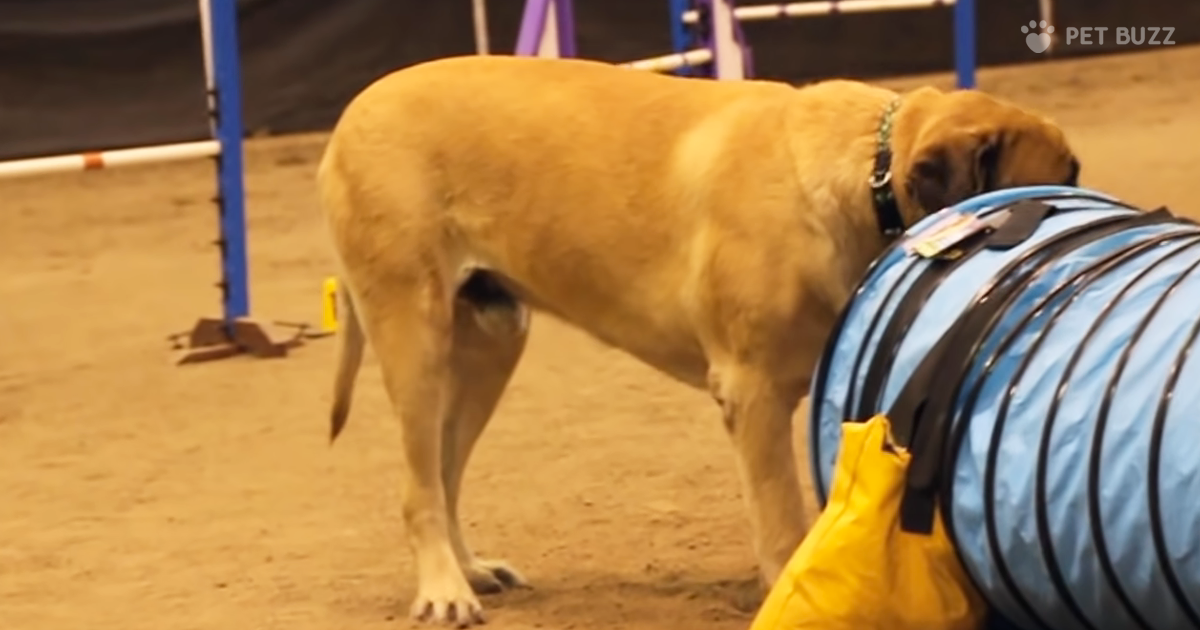 If you’ve ever been up close and personal with a big dog breed, you’re well aware that they aren’t the most nimble of pups. They just grow up so fast and never seem to get used to their impressive size. It’s even hard to convince them they aren’t lap dogs anymore. The silly things seem to think of themselves as puppies forever.

While that may intimidate some pet owners from bringing one into their home, I believe it makes them all the more adorable. There’s no reason they can’t get along great with your smaller pets, either.

And some of them might surprise you with how spry they can be when they really want to. This Mastiff doesn’t let his size stop him from performing the acrobatic feats involved in an agility competition.

Watching him walk in, you’d probably expect a Godzilla-like scene of destruction in his path, but nope. It might take him a little longer to trot his way along going through each tube and jump his clunky body over all the obstacles, but he still gets the job done like a pro. It’s sweet to hear all the people in the audience cheering the big guy on his way to victory. I couldn’t help but join in with them from my desk.

He gives me some hope that I can tackle the seemingly impossible things in my life, too. No matter what’s blocking your way, take it on head first just like this cutie. 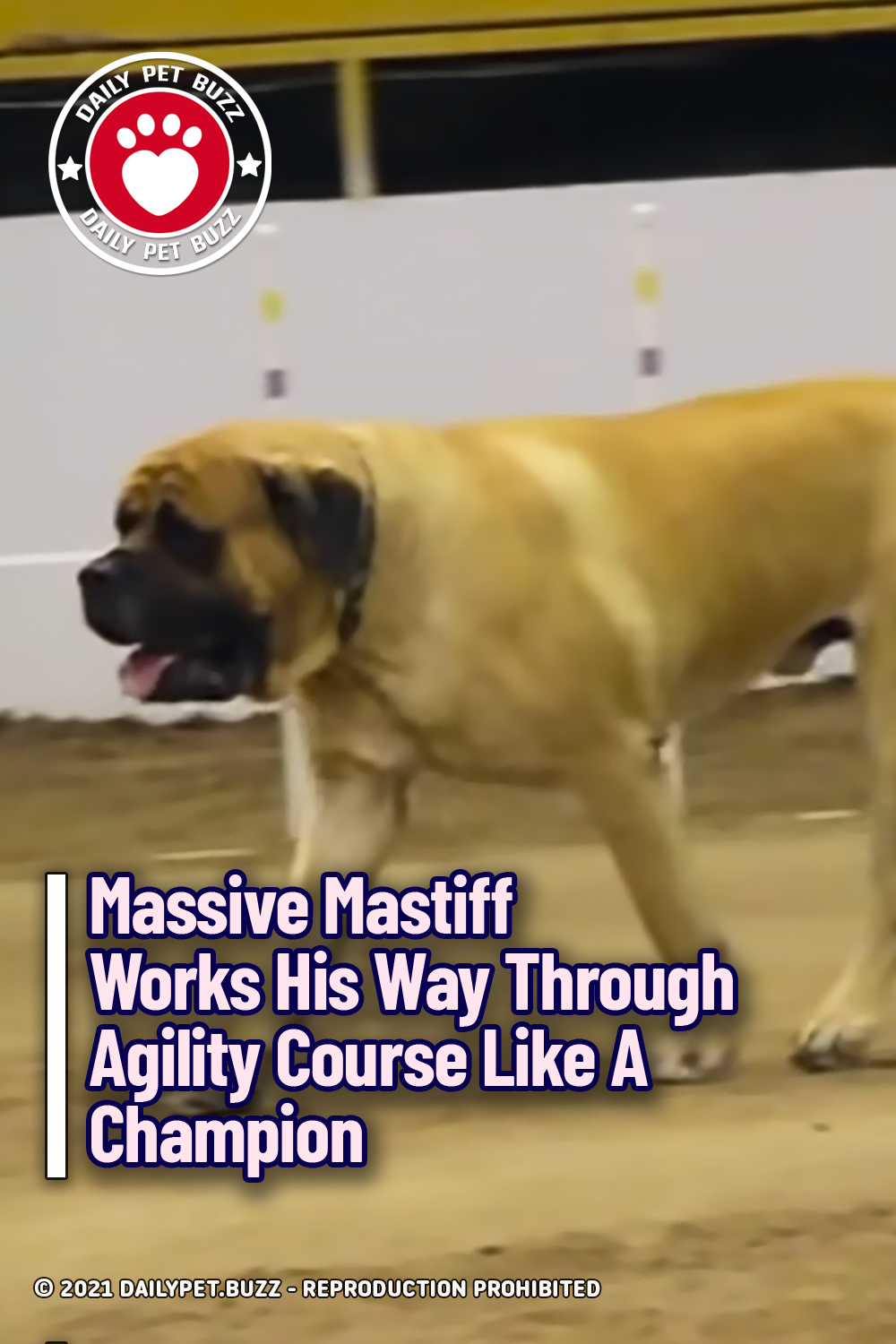