Despite countless studies that seem to disprove this theory about our four-legged friends, most dog owners will probably tell you that our pups most certainly feel guilt when they’ve done something naughty. They might also tell you that even though they feel guilty, the next time an opportunity arises, they will not be able to control themselves and will probably be naughty again. Those big, wide puppy eyes usually can’t hide the guilt dogs feel after doing something they shouldn’t.  The bowed head and look of shame? Those may be learned behaviors, but it’s probably not too much of a stretch to also assume that, most of the time, they have a pretty good idea of their doggy missteps.

After a few tater tots mysteriously disappeared, an owner approaches her dog Chase and asks what he’s got crammed in his mouth. Keep in mind he appears to be chewing nothing, but it’s tough to miss those puffed cheeks. When mom asks him what he’s got, his eyes giving away the fact that he’s just been busted, he opens wide and out falls 1, 2, 3, no! Nine tater tots. Chase’s owner clarified for us that they were organic, non-seasoned or salted tots that are safe for pups. He’s a well-loved and healthy guy.

A guilty, albeit adorable, look if I’ve ever seen one. I’m just still amazed that he held them in his mouth instead of gobbling them down. 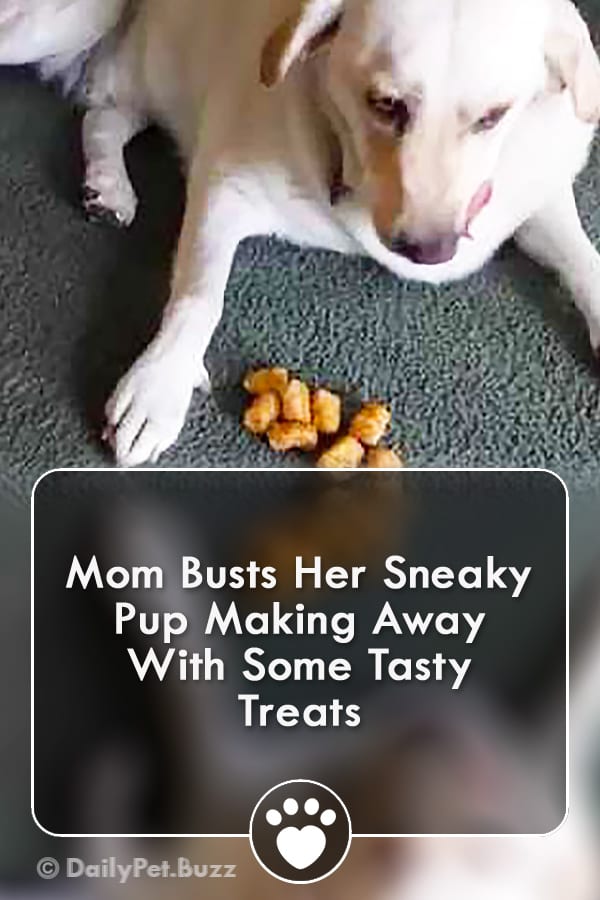