Shiba Inus are one of the most well-recognized bog breeds on the internet these days. They rose to fame after a meme featuring a Shiba called ‘Doge’ went viral. They are from Japan and these small, agile dogs were originally bred for hunting. The video above features one of these cuties who is no doubt going to leave you in hysterics with what he does!

This owner has managed to teach her Shiba Inu an awesome trick. If you are a dog owner, you probably know how deafening their barks can be at times. But with this trick? You won’t be able to believe yourself! Each time she asks her pooch to bark a little softer, he complies! I really want to know how she taught him to do that!

There are subtitles with this clip so you know exactly what this Japanese owner is asking her dog to do. There are even subtitles for the dog! At first he barks a couple of times, just like every other dog would bark. Not that impressive, right? Well, just wait.

She tells him he can surely bark softer than that. And he does, much to the audience’s amusement. It looks like this clever pooch’s video was on some sort of television show. He barks softer and softer, making his human very happy. She has a lot of praise for him and something extra special at the end.

Watch this adorable video above! Don’t you wish you could teach your dog this trick? Let us know your thoughts in the comments! 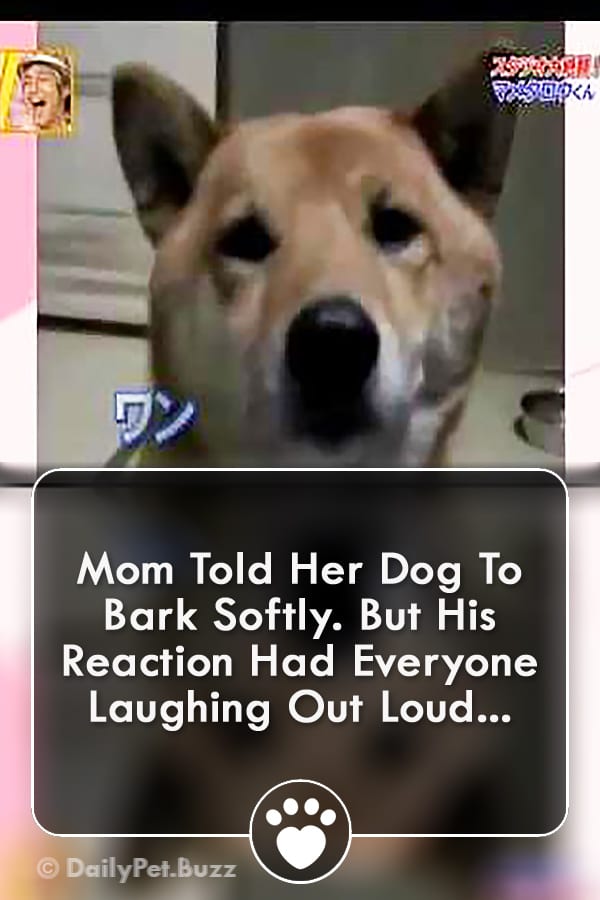