I’ve viewed many animal rescue videos. They’ve found these lost or abandoned dogs or cats in trees, houses, even behind the walls of said houses, and wells. This has to be a first for me, though. A dog was found in a sewage tank. That’s a sentence that I never thought I would type, but there you have it. It either fell or was thrown in there. This was not an Andy Dufresne ‘The Shawshank Redemption’ bid for freedom.

You might want to hold your nose while reading this, since even the thought of the smell that the rescuers must have endured to extract the poor pooch makes me want to gag. If I had been there, I would have needed a layer of three Hazmat suits to even get near the area. This took place in India, and the sewage tank was a hole in the ground next to a house. The rescuers, from Animal Aid, Unlimited had gotten a call about unusual sounds so they investigated.

When they got there, they discovered the miserable dog who was stuck in there. Without even the benefit of a suit, one of them leaned in, with others supporting him and grabbed the dog and pulled him out and wrapped him in towels before putting him into their truck to take to their shelter. If I were working at the shelter, I would have wanted a gallon of shampoo for this dog, bare minimum.

He was checked out, bandaged and given intravenous fluids. Although he’s moving around, he’s wary of people. Hey, if you got thrown into a sewage tank, you’d be eying people carefully, too. Finally, a volunteer named Raj was able to break down his defenses and get him to start trusting people. By the end of the video, the dog is allowing Raj to stroke his head and pet him. Hopefully, he will go on to live a happy life.

Although the beginning of the video was smelly, I’m glad that it had a clean ending. What would you have done in this situation? Let us know in the comments section. We’d love it if you ‘Like’ us on Pinterest too. 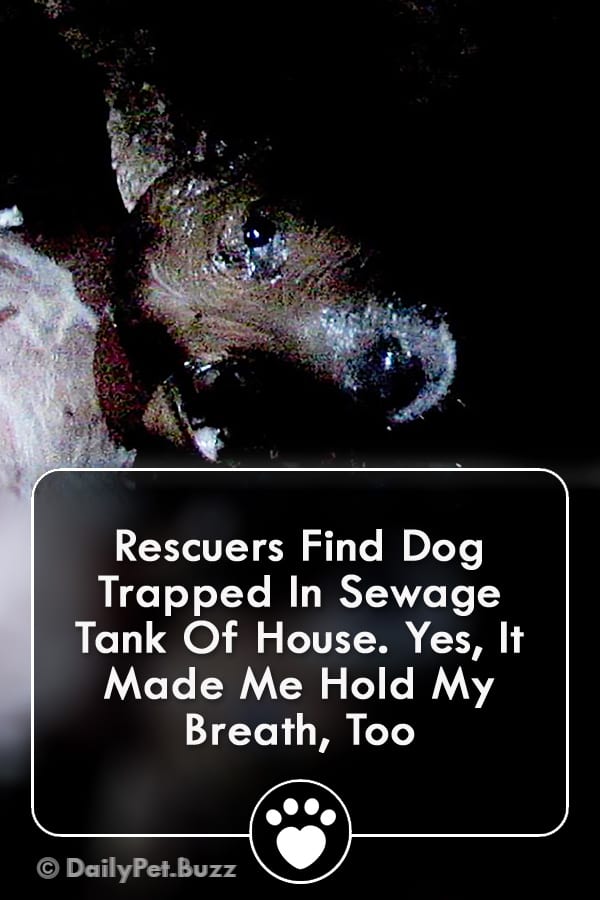