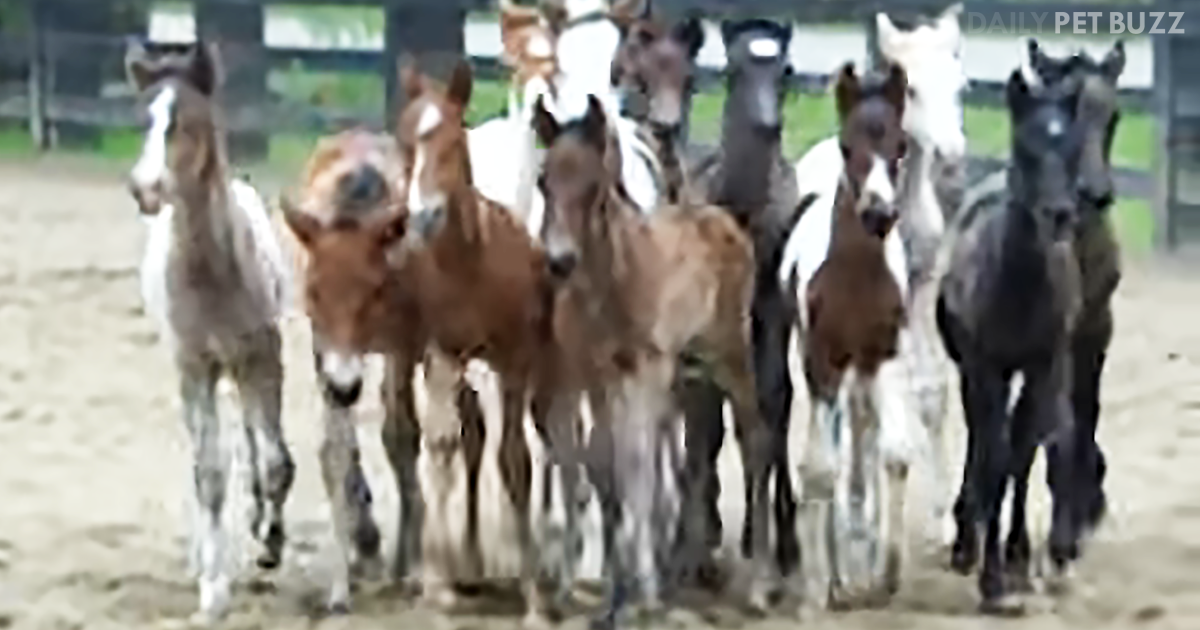 A nurse mare foal is born just so that its mother gains the ability to produce milk. Its mother is then transferred to nurse a ‘more valuable’ colt, while the poor nurse mare foal awaits death row. Nurse mare foals are usually called a byproduct of the industry.

Sadly, not many people care about these poor animals. But the organization in the video below has been working towards stopping this appalling practice. What happened to the ‘more valuable’ colt’s mother, and why isn’t she nursing him? This question isn’t answered in this clip.

Last Chance Corral, located in Athens, OH, rescues as many of these orphans as they can, and then they place them into loving homes. This amazing organization was established by Victoria Goss so that these foals scheduled for execution could be rescued. They rescued more than 80 nurse mare foals within the first half of 2010 itself.

The video below shows 19 of these rescued foals playing in a big paddock for the first time. They stick close together, running around in different formations, just like they should be. It made me happy just watching these rescued foals run and play.

There’s also a big, blue ball in the middle of the paddock that some of them are quite curious about. At one point, there is a dog lying by the ball like he’s guarding it, and all of the horses are just staring at him, too timid to approach. It’s pretty funny to watch their reaction to the dog. Watch and learn about the amazing Last Chance Corral in the video below.