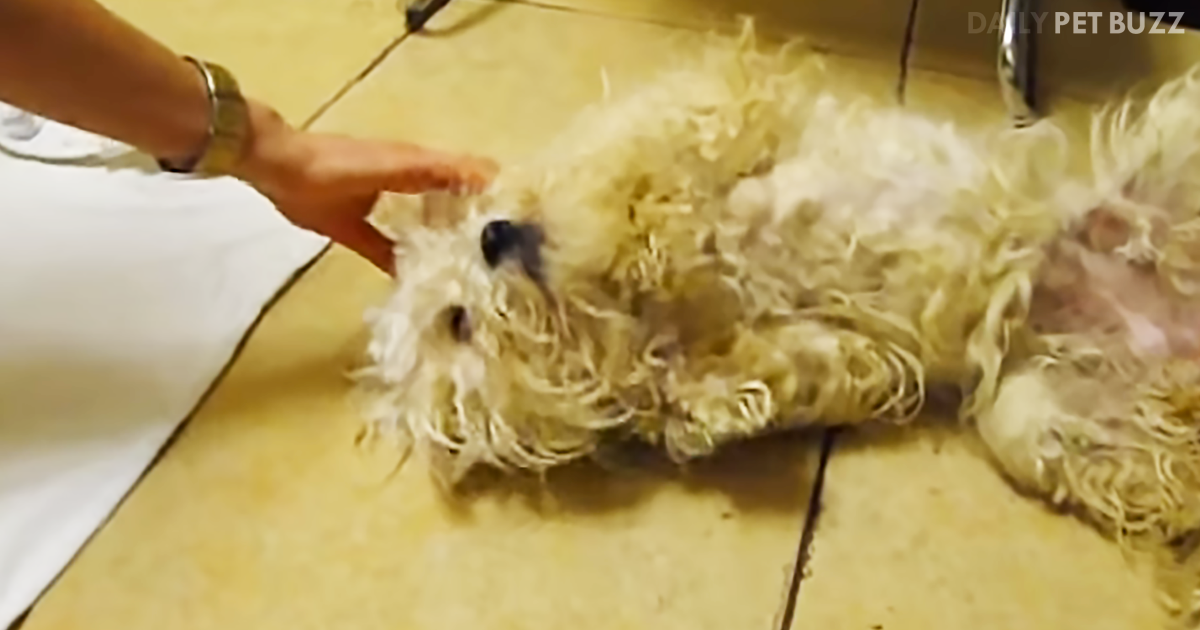 Around 2010, Eldad Hagar from Hope For Paws received a call from one of his friends named Bronwyne, who told him about a dog that was supposed to be euthanized if she hadn’t intervened. The dog called Edie was visibly scared, so Bronwyne called Eldad over at the vet. Needless to say, when Eldad approached the dog, she was edgy and started backing away.

You can see Edie struggling to get away from humans, and it is disheartening to imagine what she went through to cause her to behave this way. It makes me sad just to think about it. The work that Hope For Paws is doing is clearly amazing, and it deserves great praise. When you see how they gain this scared dog’s love, you’re going to break down.

Eldad is truly a dog whisperer. A magician. Wait until you see what he does with Edie. He’s in a small room with her at his friend’s house, and she is in a crate. He lifts the top of the crate, and while she doesn’t like it, she continues to sit in the crate. When he tries to interact with her, she runs to the corner. Her behavior was quite threatening, but Eldad is never deterred.

He finally got a leash on her, and she was so scared that she defecated in the corner. The sounds that she makes are just heartbreaking, and I was in tears. But Eldad quickly pulled her over to him to sit in his lap, and as soon as he hugged her, she stopped. She accepted it. And it just gets better from there. Watch this touching video below – and don’t forget the tissues.