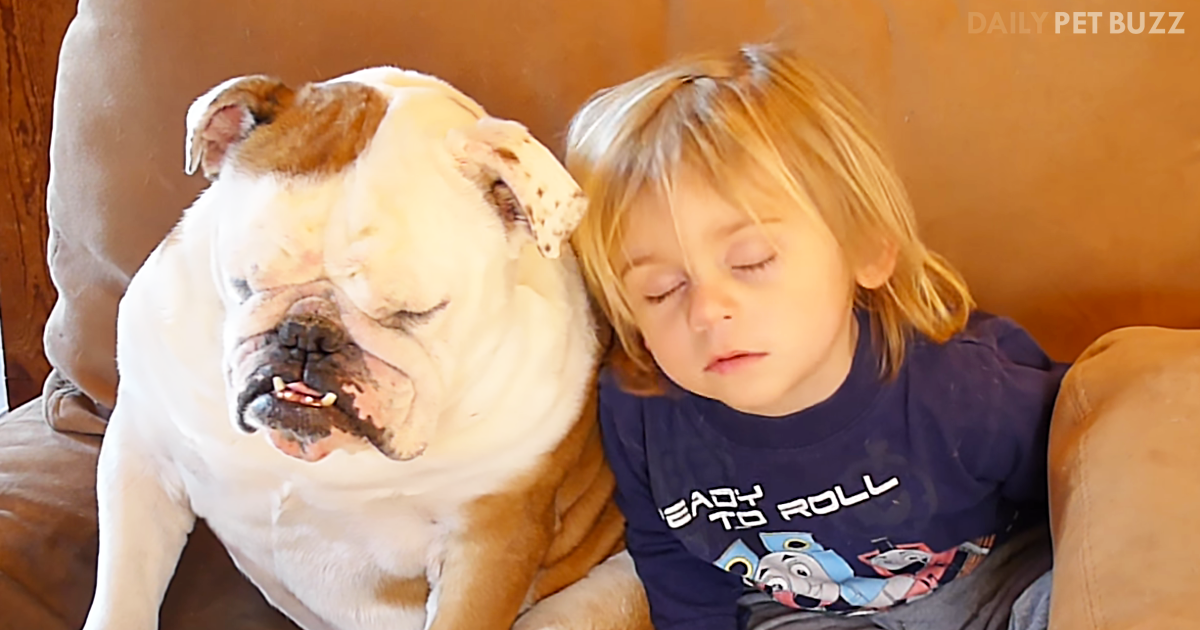 It hits many of us at the weirdest times. I call them the ‘bonkies’. You’ll be sitting there doing something like working – and then all of a sudden, you can barely keep your eyes opef;a fka’.. I mean, open. Sorry, dozed off there for a second. See? The bonkies can hit ANYTIME. I’m going to go hunt down some more caffeine so I can finish this piece about a video showing that I’m not the only one fighting sleep.

We see four occupants on the sofa – two of them are human, and two are canine. There’s a TV show playing. The two on the left of the screen -a bulldog named Rosco and a toddler named Ryder – are fighting the sands that Morpheus has sprinkled on them.

Rosco is dozing while standing up, whereas Ryder is swaying back and forth, momentarily falling asleep and then jolting awake. It’s so adorable. I know exactly how Ryder and Rosco feel. Though when I feel waves of fatigue hitting me when I’m sitting on the sofa, I quickly grab a pillow and put it behind my head on the wall. Now I can doze and not worry about hurting my neck with the constant jerking back and forth.

Ryder is young – he’ll learn at some point. Rosco is just being Rosco. Stella, the Pitbull at the end, has already given in and is just lying there dozing while Ryder’s sister Riley is the only truly awake one. There’s just something adorable about how the urge to sleep can just wash over a young child and make them pass out. I think it’s also because they have nothing to worry about at that age, and they can just conk out whenever they feel like it.

Wait until Ryder’s a teenager – that scenario isn’t going to happen. This makes for an adorable memory for everyone involved, though. Years later, Ryder is going to be so embarrassed when he sees this – This video did make me tired, though. See if you can escape the urge to snooze when watching the video below. 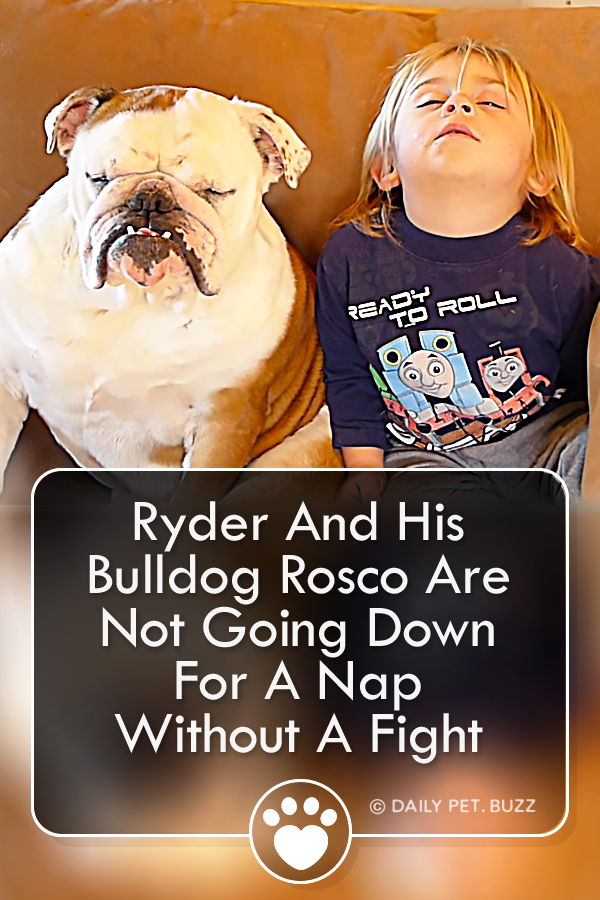