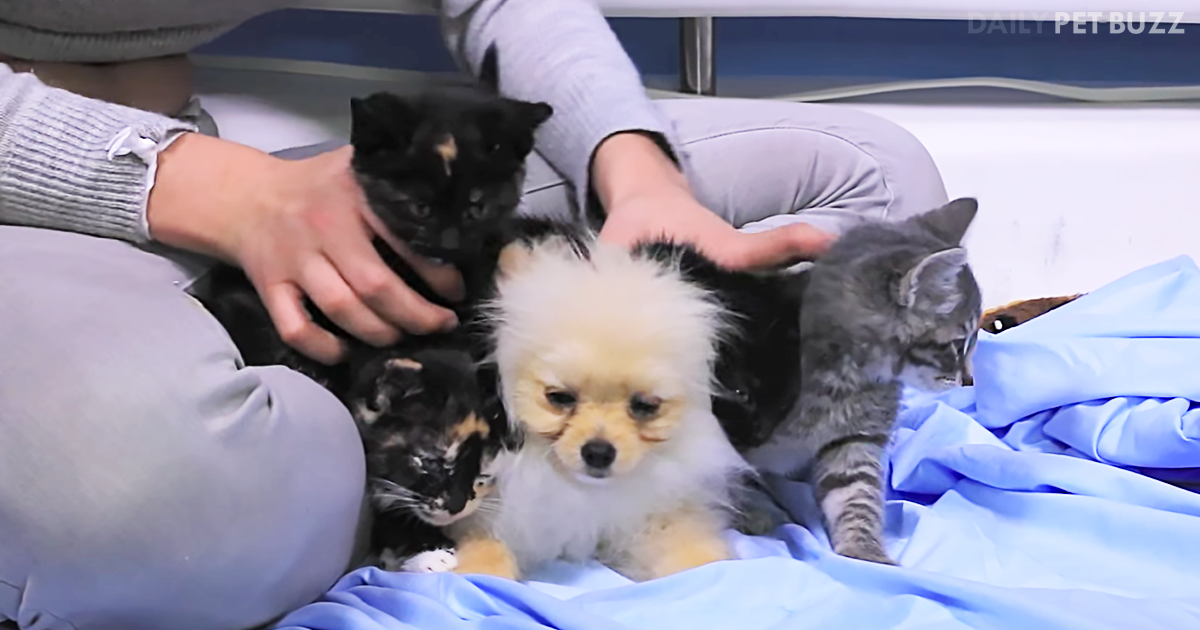 It’s so fun seeing puppies meet kittens for the first time. Both of them are learning about the world around them – and then to have this new species thrust in front of them – it could feel quite overwhelming. Many of them are adventurous and trusting, though, and they tend to get along quite famously.

This video is another example of puppies and kittens being able to get past the stereotype of their not getting along. A YouTube user named Rachel that goes by ‘RCLBeauty101’ decides to show what happens when her little puppy, which looks like a Pomeranian, meets some kittens for the first time. Will it go well, or will there be bloodshed?

Judging by the tone of this video, it’s going to be the first. She puts her puppy on a table and then has a kitten placed in front of him. There’s a pause, and then – they sniff each other. It’s hilarious seeing her little puppy first meeting these kittens.

The meetings go well, with nary a dust-up or any scratching. Her pooch may even think that these kittens are dogs. He’s just wandering around, sniffing their rear ends. She’s handed four kittens in all, and she’s also thoroughly enjoying watching all of them interact. She even gets in on the playing, dangling toys in front of all of them.

Rachel is trying to do a good thing here by also mentioning that the kittens in the video are up for adoption. Yes, even the one that took a half-gainer off the side of the table. I’m sure that that little fella is just fine. It’s good that she’s using her visibility to put out the word for these little felines.

This was uploaded in March 2017. I’m sure that several days later, all the kittens were adopted by forever homes. Maybe you can’t adopt any of these guys so many years later, but after watching the video below, you may just want to go and adopt yourself a kitten or a puppy. Enjoy! 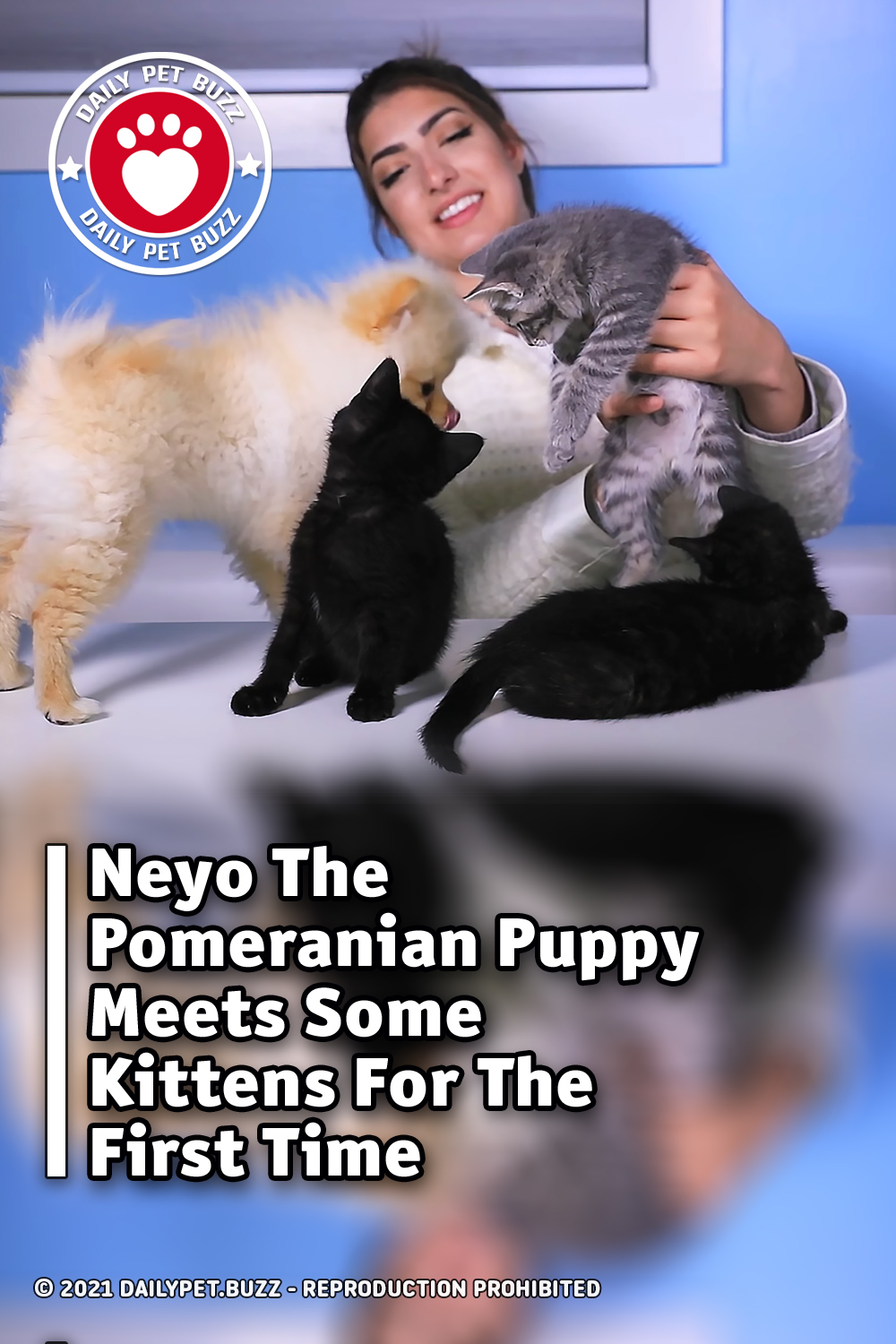