There are plenty of videos and photos on the internet showing off unusual animal friendships, and for me, they will never get old. You can find videos of an elephant and black labrador who became best friends, or the classic trio of elephant, bear, and tiger who teamed up just like something out of The Jungle Book. It’s easy to see that many animals don’t care about the difference in body shape or fur color. They just want to be friends, and have fun together. It’s an approach that many humans could take a few clues from, on how to be more open and welcoming, regardless of what someone else looks like.

The video above shows a particularly sweet and unusual animal friendship. The mama cat in the video gave birth to a litter of kittens not too long ago. When they were up and ready to take a tour around town, she led them straight to one of her oldest friends”a cute and inquisitive older dog. Even though it’s been awhile since the mama cat and the dog have seen each other, they have spent time together for years before this.

It seems that time hasn’t meant a thing to their friendship, and they start out the interaction by greeting one another with unmistakable affection. Then mama steps back, and lets her friends investigate the new additions to the family. She drops down onto her belly to be closer to the level of the kittens and, one by one, says hello to the kittens. She plays with them for a while, consistently gentle and playful. Then, after a few minutes, the dog gets up and gives her friend a good natured attack. These guys are definitely best friends! 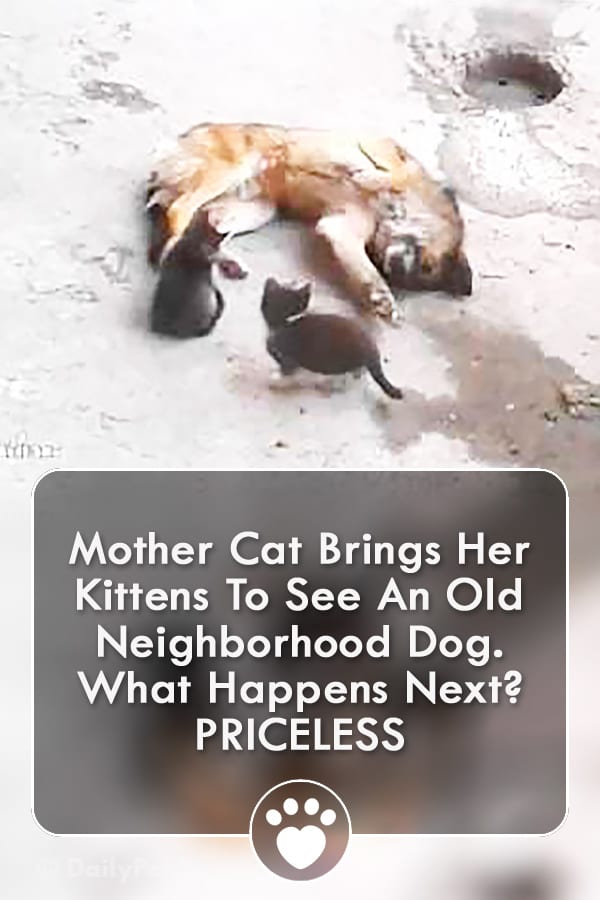