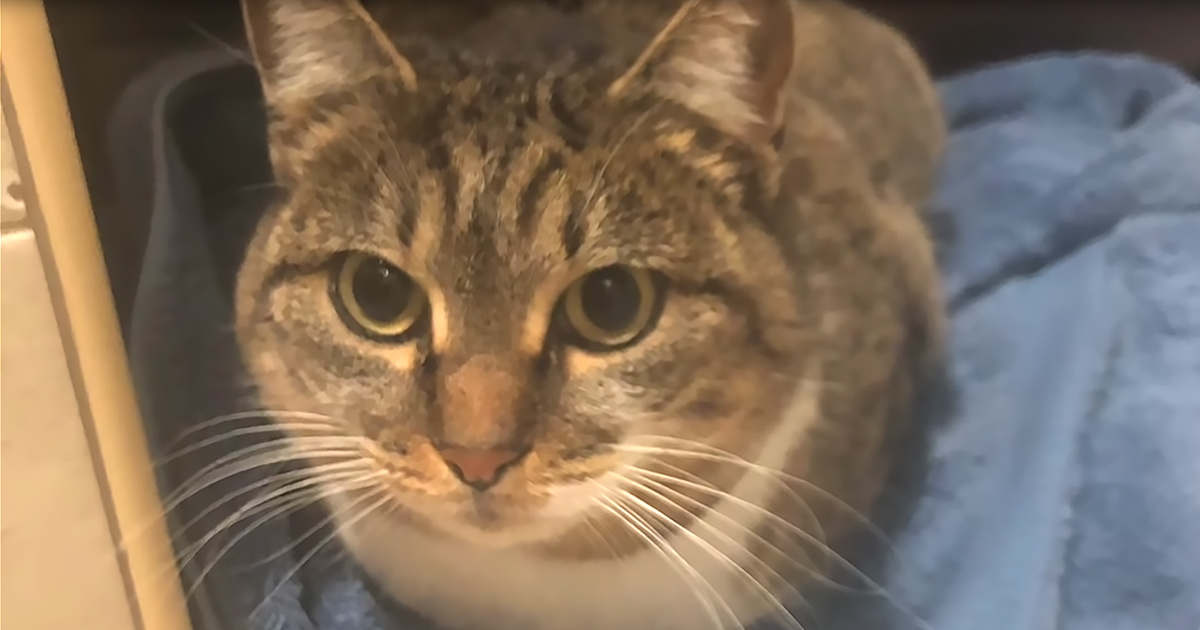 New York resident Renee Becerra saw a homeless cat family living in her yard, but the mother cat was too afraid to allow any human interaction. Unable to coax the apprehensive mama, Renee built a shelter for the feline family and kept it well-stocked with food to help them survive the harsh winter. Unfortunately, one of the three kittens perished in the cold anyway, prompting Renee and her husband to take action.

The couple failed to trap the mother skittish cat, but they were able to capture the two remaining babies, choosing to foster them for a couple of months until the ASPCA found suitable adoptive homes for them. Renee continued hoping that the mother of her two fosters would return, but she was elusive and stayed away, although the couple was able to spot her one time the following fall.

As autumn turned to winter, a severe cold snap hit New York and the conditions became unbearable. In the middle of a squall, Renee’s husband Nathaniel called her at work to report that the mama cat had returned. Not only was she back at the window, but she was scratching at the screen, insisting to come inside. Apparently the harsh winter conditions sparked a change of heart in the formerly fearful feline. Nathaniel was happy to oblige and approved the cat, since named Chunk-Chunk, for admittance into their house.

She was still quite nervous, especially with the extreme difference in her new environment, so Nathaniel limited her temporarily to a small room to help calm the panicked cat. It worked, and she settled in instantly. The once-frightened cat now welcomes human affection so much that Renee has nicknamed her “Lovebug”. The couple hopes to adopt the cat who returned for their help one year after she brought her kittens around, pending the approval of Hugo, the family dog. 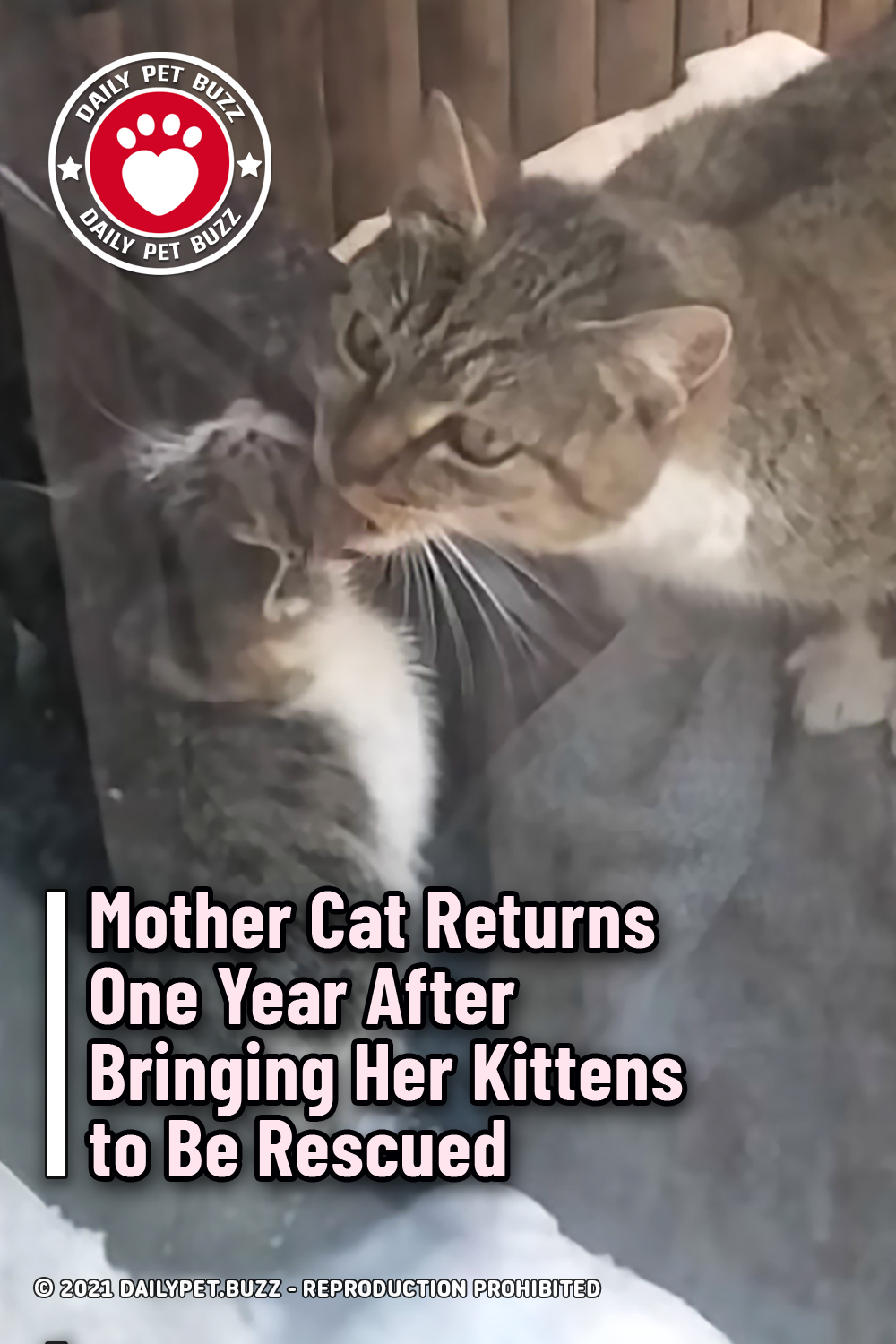