I have seen kitties and pups playing with balls and toys, but never a horse until now. I actually had never seen or even imagined that a horse would be interested in a ball until I watched this video. 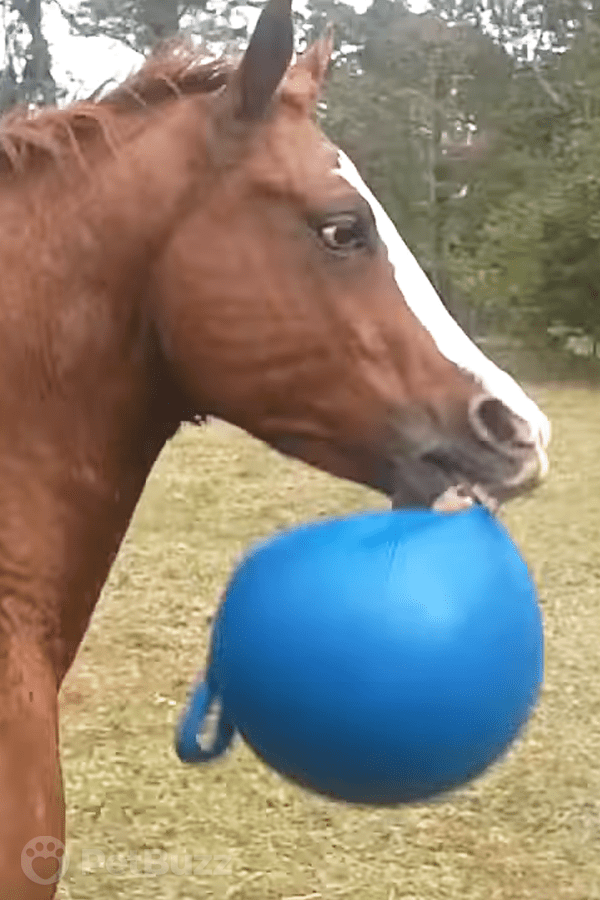 The adorable horse in this video is Buster, and I bet you have never seen a horse quite like him. Buster has a childlike simplicity about him, making him quite appealing, and he shows it by playing with his blue ball.

Buster keeps on roaming around the field, putting his blue ball in his mouth like it is his best friend and playmate. According to Buster’s owner, he is mischievous and likes to play with whatever he can find. Playing and finding something amusing is a trait that is found in particularly intelligent animals, including horses.

Buster’s owner even compares him to the character Donkey, from the Shrek series, and tells us that this young, beautiful horse is quite a handful. I suppose that means there is never a dull moment when Buster is around, and I’m sure his owner is always wondering what he’s doing.

Buster surely is a loving horse with an amazing and amusing personality. Watch Buster playing with his favorite ball, it will brighten your day. 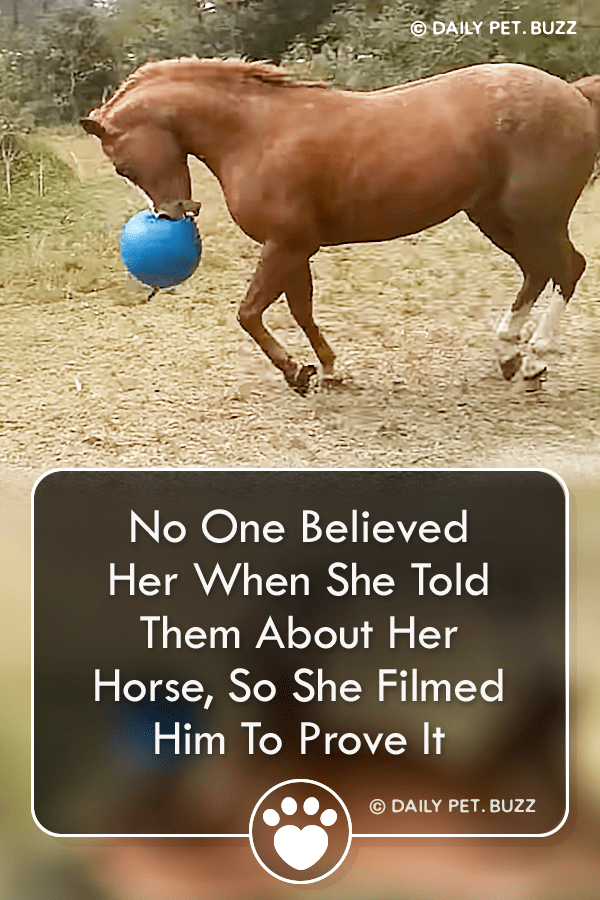