One of the worst things a mommy or daddy can see is their baby dog or cat or any other animal gets older. Their joints stiffen up, they start walking slower, and they can’t jump on things like tables or the sofa with the ease that they used to. A huskie named Kane was going through this transformation. It got so bad that his hind legs weren’t working. He was given pain medication, but he still suffered from that. His dad was at his wit’s end about how to help him. Then he had an idea.

The idea was a swimming pool. Putting Kane in the water would make him weightless and not cause him any problems with joints. People who are rehabilitating lower body injuries almost always incorporate time in a pool ” it’s the lowest impact exercise they can do – but it can also make them stronger since it’s high resistance. So, Kane’s dad put the pooch into the water and got in alongside him. The Huskie would float alongside his dad. They got to bond together and also do some physical therapy. Would it work?

Yes, it did. After a couple of days, Kane could use more of his hind legs for walking. There were times he wouldn’t even need the harness sling that would support his back legs. Score one for dad. Seeing the dog he had raised for over a decade able to walk in some comfort had to warm up his heart so much. No one wants to see their child, human or furry, suffer. Here, he could do something.

I always like reading stories like this where they were able to find an alternative way to ease a pet’s discomfort. They didn’t do any risky surgery and while they did try pain medication, it wasn’t an extreme amount. Now Kane is a happier dog, and I’m sure his dad will do pool therapy as often as he needs it.

This video left me feeling so good. How about you? Did you like it? Leave a comment below! 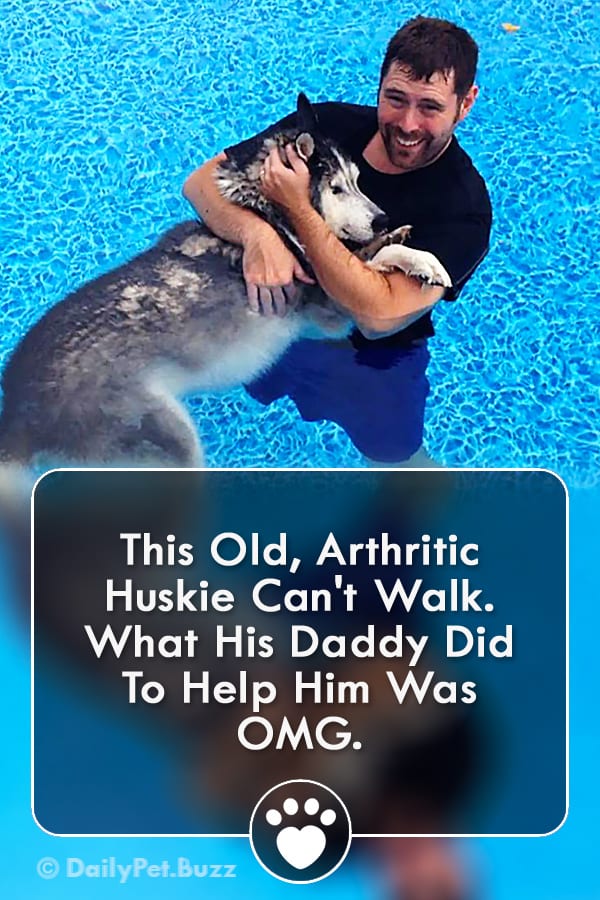