Dogs have often been labelled as man’s best friend, and this is certainly true in this video clip above. And this video proves dogs have incredible loyalty and protective instincts toward their humans. In the video, you see a man suddenly collapse on a busy street in Guizhou, China. Apparently, he was walking his dog at the time he collapsed. It was not long before people flocked to his side to try to help him, but the dog was adamant about protecting his owner and would not leave his side. He wouldn’t let anyone get close enough to him to help him, so fortunately someone called for help.

Even police officers had some trouble because of the brave pooch. Despite his size, he didn’t care about his own security, and guarded his owner with all his heart. When the ambulance arrived and took the man to the hospital, the poor guy paced frantically trying to get to his owner’s side. After watching the puppy going around in worried circles, the team allowed him to get into the ambulance and ride along with his sick owner even though this is likely against the rules. It was evident that this dog loved his owner and was worried about him.

This footage quickly went viral when it was uploaded online. Watch it and let us know your thoughts about it in the comments! We’d love to hear from you! And if you enjoyed this story of this dog’s true devotion to his owner, please share it for other to enjoy. 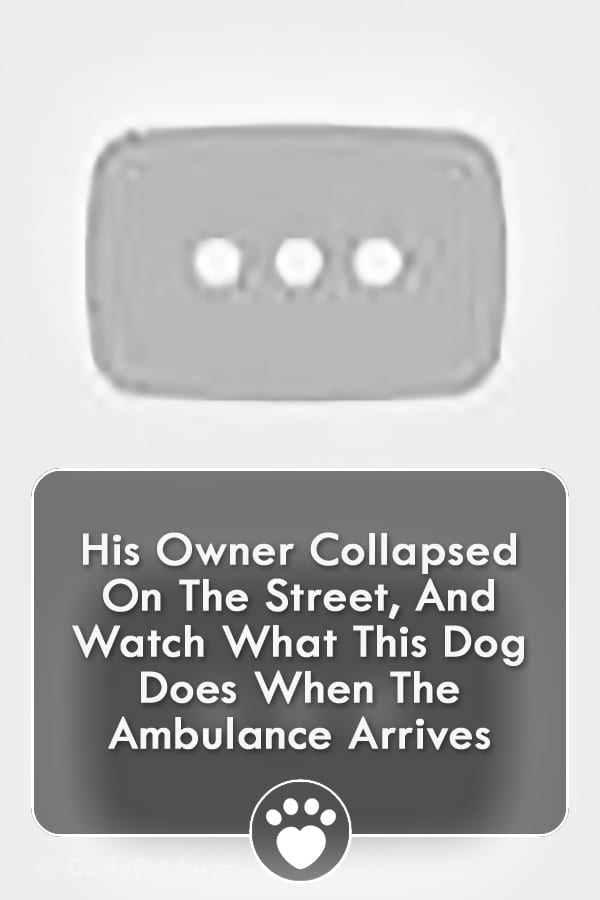