One of life’s most unfortunate truths is that discrimination is all too real. All around us, people are mistreated due to things like differences in race, religion, and gender. People remain prejudiced against one another, even in this modern era. Like humans, dogs are no stranger to discrimination. Pit bulls are one example of dogs who are feared and disliked by many, being considered ‘Devil Dogs.’ There’s an assumption about this breed of dogs being aggressive, scary, and violent.

The truth is, dogs’ behavior is a product of the way in which they were raised. No matter their breed, all dogs have the ability to be sweet and good-natured. Violence is something that’s taught, not something that you’re born to take part in. With legislations in place that specifically target pit bulls, these animals are facing extremely harsh conditions. This makes them even more likely to be abused thanks to the stigma against them. Negative images of pit bulls are spread throughout the media, making them an unwanted breed by many.

A pit bull named Kiah was found abandoned in the snow one day. When she was crying for help, a police officer took notice and came to her rescue, giving her another shot at living the life she was meant to live. Now, she’s reclaiming the negative image of her breed and showing everyone how incredible pit bulls really are by serving as the first pit bull canine police officer in New York!

A loving, friendly pup with a heart of gold, Kiah earned the highest marks in her class and is proving to everyone that pit bulls are nothing to fear. They’re just as worthy of love and compassion as other breeds, and they’re in desperate need of good homes! You can learn more about Kiah’s story by watching the clip above. Then, share this video with your fellow dog lovers and leave your thoughts in the comments! 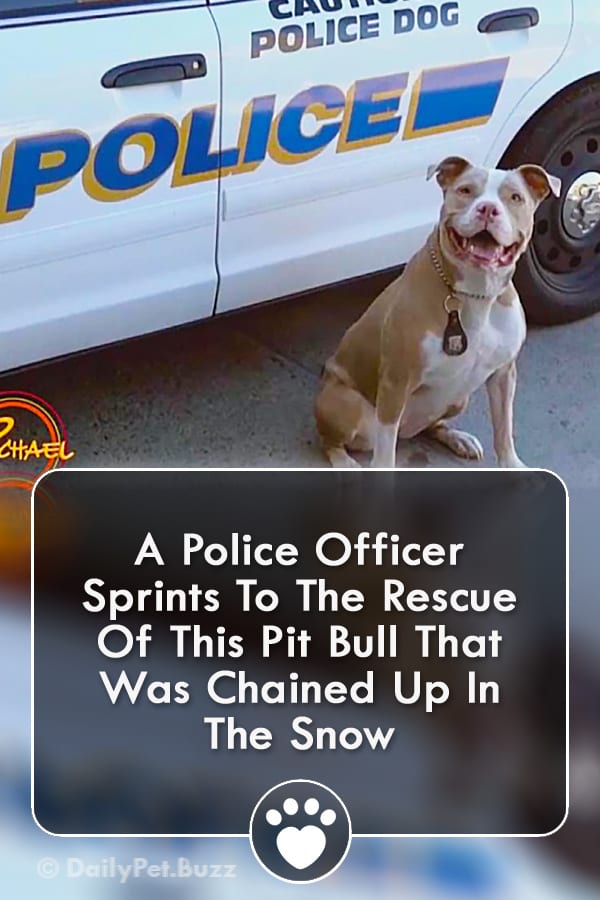