It’s always nice to hear about it when an animal that’s vulnerable or in trouble is rescued by kindly humans. A dachshund named Maria was incredibly lucky that some animal lovers found her before it was too late.

An unfortunate aspect of dachshund architecture is that their long bodies and short legs can lead to back problems. Without proper care and veterinary treatment, it can even lead to paralysis. That’s what happened to Maria: she had no feeling in her hind legs and could only move by dragging herself along with her front legs. She was also pregnant, very pregnant. Whoever owned her decided to use her for breeding despite her paralysis. But when they found out she was carrying seven puppies and would need a cesarean section costing about $3,000 they decided to cruelly abandon her instead.

When Maria was found, she was anemic from a flea infestation, malnourished, and terrified. Still, it was clear that she was fighting so her babies could live. It was obvious to the people who found her that this was a life or death situation: the dog needed veterinary care immediately. Fortunately, the Texas-based animal welfare organization Friends of Emma was able to help. Thanks to them, mom and all seven or her puppies survived the ordeal. Maria and Friedrich, Gretl, Werner, Liesl, Louisa, Kurt, and ROFLe were named the “von Dapp family” by the staff at the shelter.

After receiving a few months of tender loving care, Maria was not only calmer and more trusting, but she even regained much of the use of her hind legs. They still drag if she gets really worked up, but otherwise she’s able to walk! Another piece of good news is that everyone in the von Dapp family has found a forever home.

Check out the video posted below and let us know what you thought about this just-in-time dachshund rescue. Don’t forget to like and share! 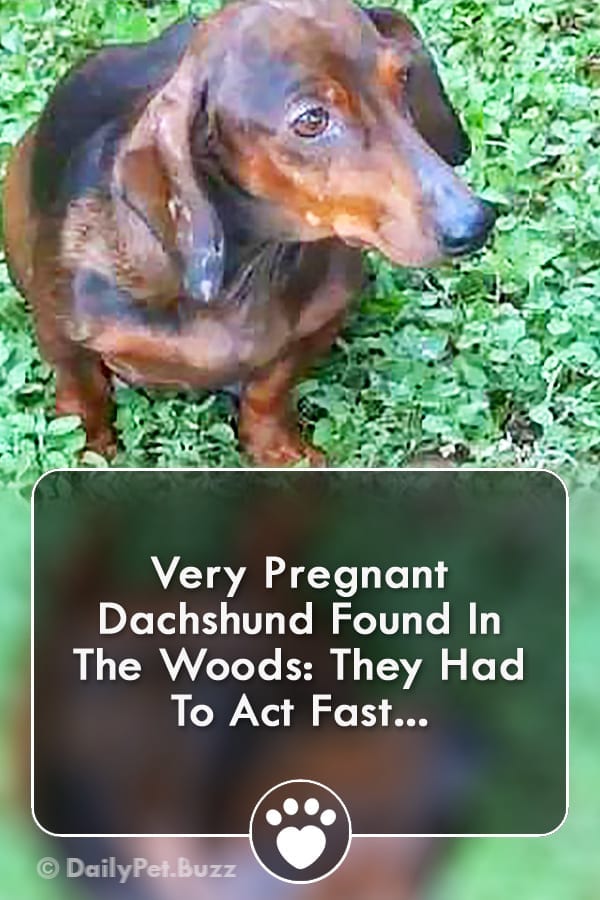