Doggie tricks are the best. Most of them tend to fall into the same old rut, though – shaking hands, rolling over, begging, playing dead – you get the idea. While it does take time and training, it can also feel boring seeing them performed over and over and over. The best tricks, I find, are the ones where the pooch helps him or herself to something. It’s fascinating to watch. Take a look at his video –

We see a woman – or her hands, rather – putting doggie treats into a water bottle. She then twists the cap on tightly and takes it over to her rather large dog, who is resting on a doggie bed. He takes the bottle sideways, with the cap end in his mouth. He chews on it for a few seconds while twisting the bottom half with his paws. Voila – the cap comes off and he spits it out and then grabs the bottom of the bottle and starts dumping them on the bed.

I would have been more impressed if he could take both his paws and open the bottle that way, but I guess I’m just a difficult taskmaster. It’s still pretty cool that he got the top off and then was able to dump the treats onto his doggie bed to eat. He personifies the saying, ‘When there’s a will, there’s a way.’ Then again, whoever said that didn’t say it at a time when there are 1,000 distractions, including streaming TV, smartphones and YouTube videos –

It may seem like nitpicking, but I’m easily irritated by stuff like this: one of the doggie treats falls out of the bottle and off the bed, coming to rest by his paw. I was watching the video and saying, ‘C’mon – EAT that!’ Was it just me? I hope not. That’s why I also hate watching YouTube videos where people play computer games. They always wind up making the move that I wouldn’t have – 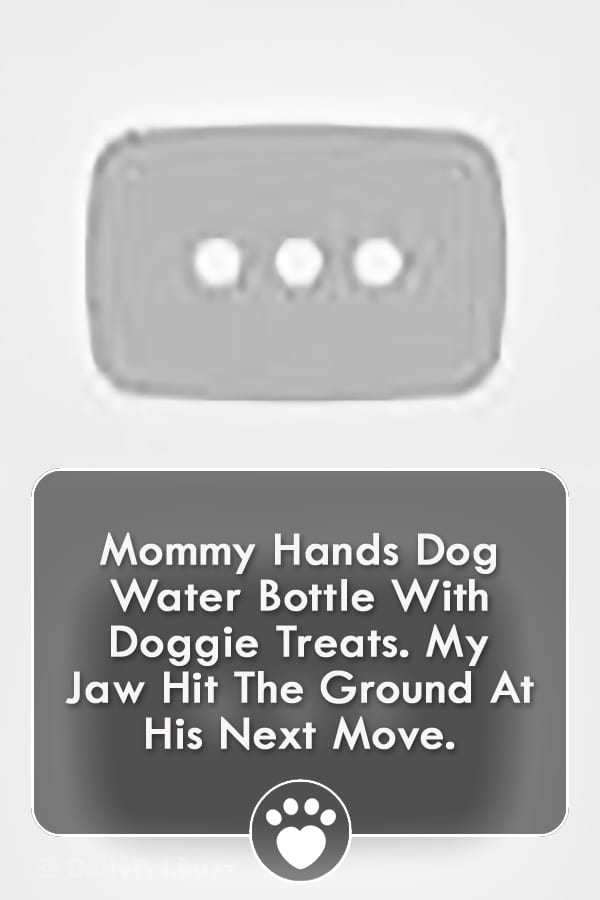