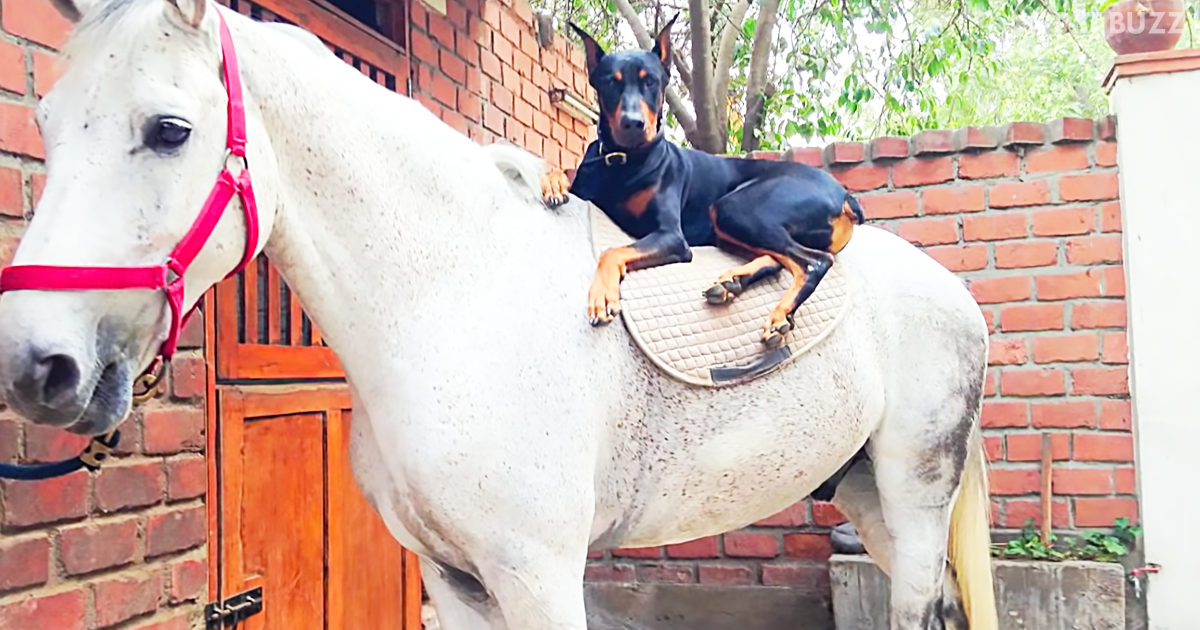 Dogs are some of the most amazing creatures on this planet. Some of them have a more fierce reputation than others. One of these breeds is, no doubt, the Doberman. Dobermans have often been stereotyped to be a frightening breed. They are the second-best guard dogs in the world.

But the video below shows that these incredible dogs can be more than just protective and scary. The regal Doberman featured in this clip is called Boss, and he is as sweet as they can get. Boss was raised around horses his entire life. As a result, he has lots of horse friends, but his favorite one is Contino.

These two friends get along really well. Boss even reins in Contino sometimes and takes him around. Contino is really attentive towards Boss, as well. Wait till you see their adorable friendship.

One particular part of this clip is so funny. We see this beautiful, regal Doberman standing in the barn, and this majestic horse standing over him. Okay, what’s so funny about that? Contino is nibbling on the dog’s back to give him a scratch. It’s hilarious.

Next, we see some great photos of these two with Boss sitting on top of Contino like he’s going for a ride. Boss seems to be part of this horse’s training crew, as well. He holds the lead while he works the horse in circles to get warm. How clever are these two friends? 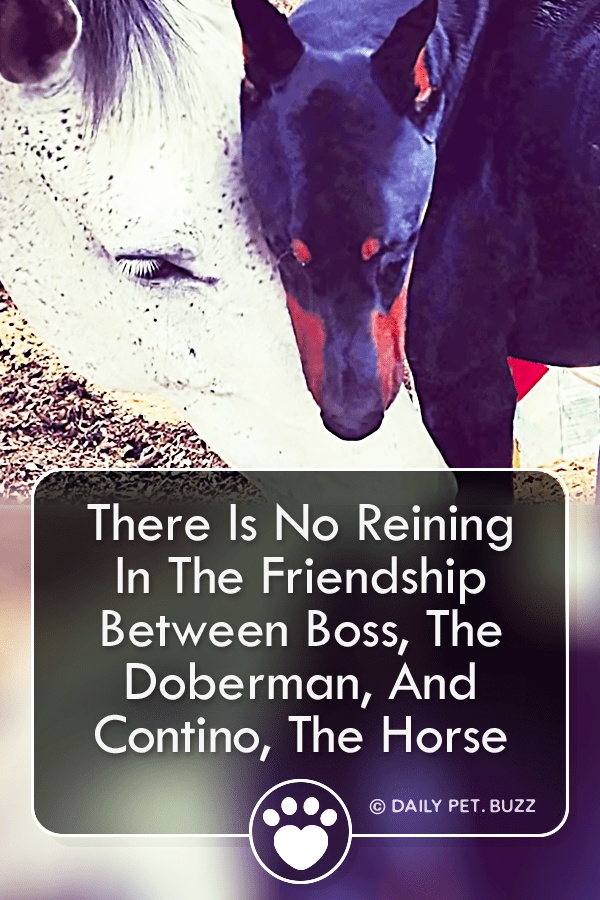