One of the most daunting tasks a pet mommy or daddy faces is bathing their babies. It can involve a lot of barking, hissing, scratching, and chasing. It’s brutal. By the time it ends, they’re ready to pass out on the floor. We’re seeing the torture that these pets can inflict on their parents by being so evasive. Witness this video of a Siberian Husky who is doing his darndest to avoid getting into the shower.

The video shows that the mommy has done at least one critical thing right: Lock him in the bathroom. There’s only a limited amount of space for him to hide. If he was loose in the rest of the house – forget it. It’s the same way with our cats if we are trying to get them into a crate. Maneuver them into one place and then get them in there. If they can get behind a sofa or under a radiator – forget it. Might as well cancel the appointment.

I’m sure that during times like these, she wishes she had a tiny dog who she could just scoop up and toss into the tub. Pomeranian, Chihuahua, Schnauzer.. you name it. But a husky could be hernia territory. So – she has to coax him into the shower. Of course, the husky doesn’t understand that if he just acquiesces now, he could be finished with the shower that much faster. That logic doesn’t penetrate his brain.

Even though the video ends with the mommy letting out a weary snort, we can assume that the dog eventually gets into the shower. It’s really hard to prepare for these events, since they can change up how things are done each time. All I can really say is: Stay on your toes and be ready for anything. Good luck – and if things are going really haywire, at least try to make a video. You might see it go viral.

Awww. This doggie was so cute even though he was driving his mommy nuts. Did you like the video? Tell us what you think! 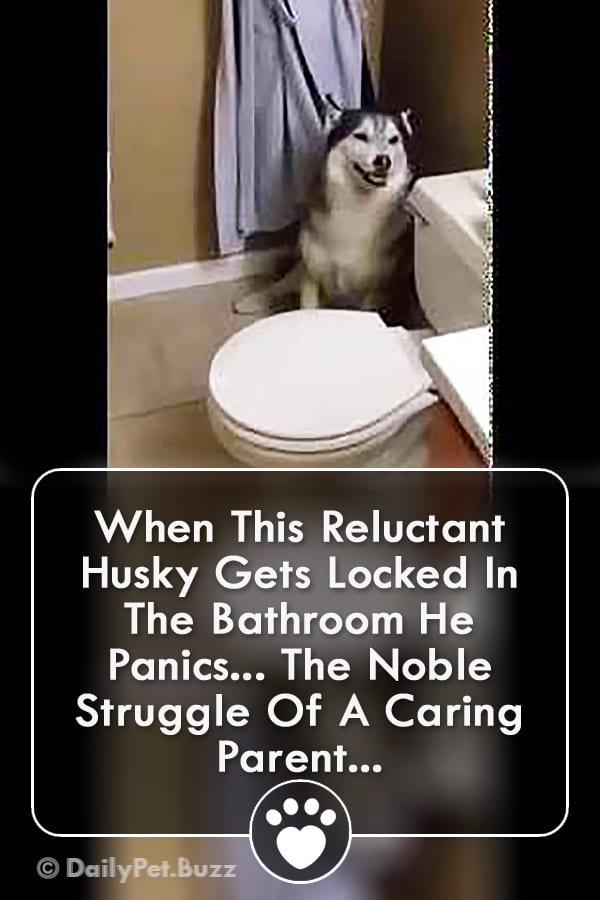