It really stinks when we don’t feel well. There are some times when we just want to crawl under a cover and stay there for the next several days. It’s worse for children, since it’s hard to keep them inactive. They can be very cranky and irritable. Almost as much as I can be. Ha! Seeing a sad, sick child always breaks my heart. I want them to feel better. It helps if they have a companion like the one we see in this video.

We see a young child, maybe around two years old or just a bit older. His name is Carter. He’s sick and is resting on the sofa to conserve his energy. Carter’s attention is on the television but he has a friend up there with him to try to comfort him ” his dog, Toby. Toby seems to be a kind of German Shepherd mix. It’s clear that the two of them have a strong bond ” Toby has his paws wrapped around Carter in a hug of sorts.

This makes it clear that Toby’s got a good heart. He was a rescue dog, according to the website his mommy and daddy created about these two. The site said the two of them bonded almost the very second that they brought Carter home from the hospital. That’s fantastic, since it’s always a bit hard to gauge how a dog might react when he or she is bumped from the attention pecking order.

Hopefully Carter sees this when he gets older. He probably already knows how much Toby adores him. Bonds between children and pets rule. My son has a bond with our cat. The cat puts up with so much more from him than anything we do. Seriously, when he was a baby, I found him sleeping ON the cat, who was so patient with him. if I did that, I’d wake up to paws bonking me on the head. Carter is lucky.

Who was more adorable here ” Carter or Toby? I know – difficult choice. Tell us your opinion below! 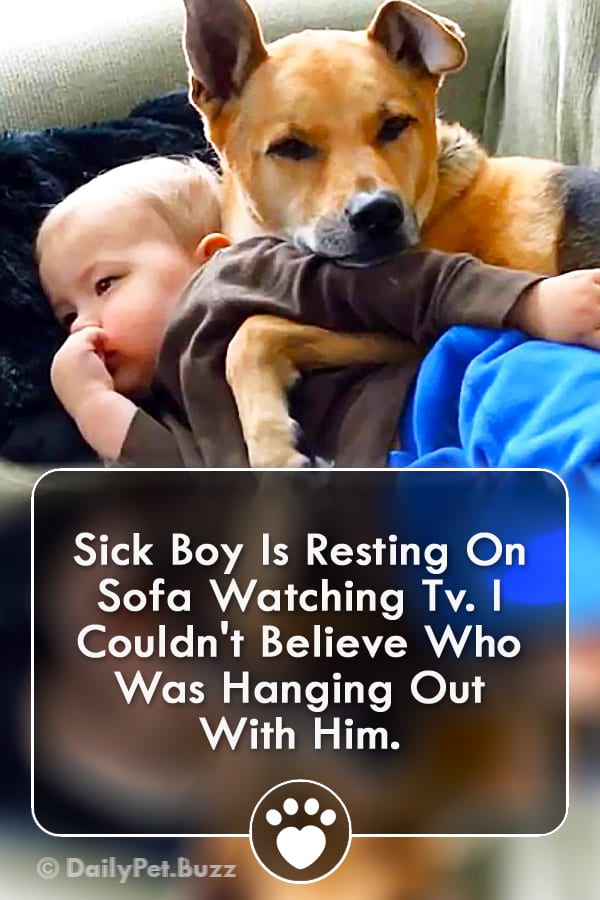