Officer RJ Young was completely devastated when his partner Bruno, the K-9 German Shepherd was shot in the face while chasing down a suspect. The suspect was later killed in the gunfire. Officer Young told the ABC News, ‘He was shot point blank and it was a horrific thing to have to watch. My entire world came tumbling down in a matter of seconds.’ K9 officers and their dogs are like family and their bond is sometimes stronger. They understand each other in a way that most humans and animals don’t, and this is critical for the survival of both the human officer and the K9 officer.

Bruno was bleeding profusely and was rushed to the hospital while Officer Young waited, very worried about his partner. A bullet remained lodged inside his chest, but miraculously, it barely missed his heart. His breathing tube was removed after undergoing two surgeries which went well. Officer Young was finally able to hug his partner after he was hospitalized for an entire week. At this point, Bruno had pulled through the worst of the situation and they knew he was going to be okay. Bruno retired as a canine officer and happily went home with Officer Young and his family. Most officers adopt their K9 partners after they are retired and fortunately for Officer Young and Bruno, they get to spend the rest of days as family.

Watch the video. Let us know what you think in the comments! We’d love to hear from you! 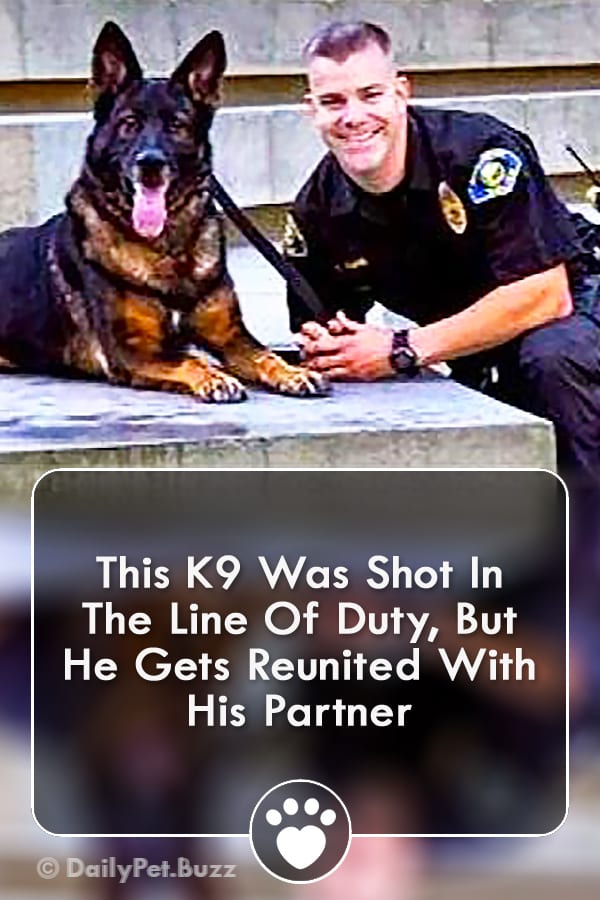