Dogs are the best companions you can have during times of crisis. They are always alert and are absolutely loyal. The following story presents undeniable evidence. Sgt. Chris Duke was deployed in Afghanistan when a suicide bomber attacked his base in the middle of night. Upon hearing the intruder, Duke immediately woke up along with three stray dogs that the base had adopted, Rufus, Target, and Sasha.

While barking feverishly, the three stray dogs blocked the suicide bomb from entering the campsite by biting his leg. The attacker was surprised and startled and he was forced to detonate his bomb before entering. Fortunately, all 50 soldiers living in the base survived the attack, but Sasha, the youngest pup, passed away due to injuries sustained from the explosion.

Once his duty ended, Duke went back home in Georgia, where he lobbied intensely  to get the remaining two strays, Rufus and Target, home to the United States with him safe from the horrors of war. It wasn’t easy, but Duke was determined to be reunited with the two dogs that had saved his life.

Hope For The Warriors, an organization dedicated to granting wishes of injured soldiers and their families, heard of Duke’s plea and offered to help. They helped raise over $21,000 to finally bring the dogs home. 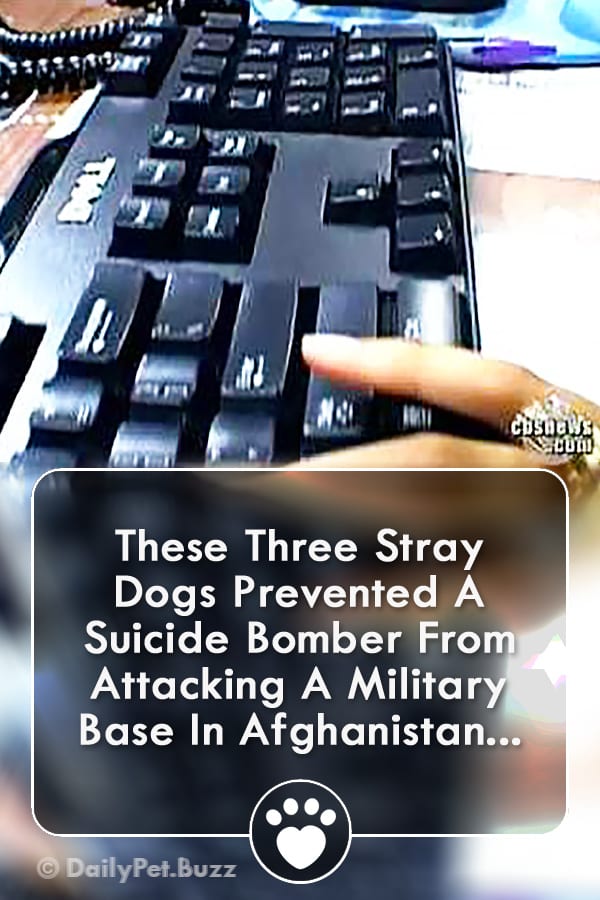