Some people are very cruel towards animals. They are known to abandon their pets and inflict harm on them for their own merriment. Some people don’t even stop their cars after they hit an animal on the road! They don’t even deserve to be called human. You will see an example of this horrible behavior in this clip, but you will also see the kindness of others.

David Loop was driving around a neighborhood when he saw a motionless dog in the middle of the road. When he first saw the dog, he thought she was dead. She was lying still, and it was obvious that she had been hit by a vehicle. He said a silent prayer for the animal and tried to move the body. But to his surprise, he saw the almost dead dog blink. You are going to be in awe when you see what happened next! It is a complete miracle!

He took Miracle to his vet, but she needed 24-hour care so he took her to a facility in Ontario, CA. She cried the whole way there from the pain. But after a few days, they decided surger was feasible, but after the surgery she didn’t eat for two days. She improved and then went home with David.

Soon though, she was back at the vet with other problems. Her journey was a long one, but this sweet girl was a fighter. David and his wife and all of the vets who helped Miracle are a big part of her story. Watch the video to find out what happens.

Watch this touching story below! What did you think about this? Feel free to share your thoughts in the comments! 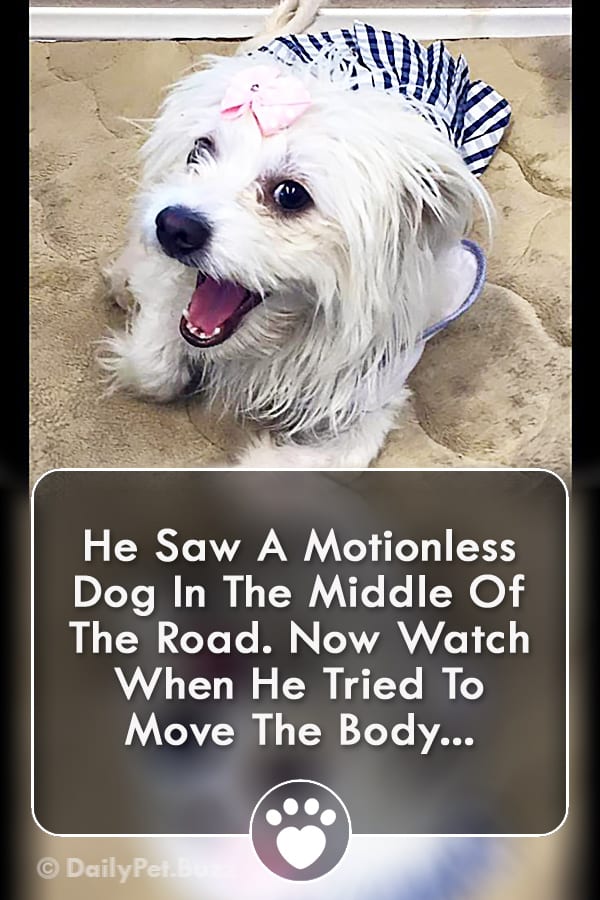