It all started in a Norwegian forest. Norwegian photographer Torgeir Berge and his family found an abandoned baby fox in the woods. Since the mother was nowhere to be found, they assumed she had died, and therefore, the little fox was seeking company and food. They began bringing food to the little fox in an effort to keep it alive. That’s when their German Shepherd Tinni became best friends with Sniffer the fox.

This is a real life story that resembles the Disney movie ‘The Fox and the Hound’ and it is really beautiful as well! It has been many years since they found him, but their bond is still unbreakable. Sniffer lives in the woods itself, but Tinni meets him every day and they play for hours. This duo is truly something else!

This clip is actually very professionally done, and even has a song playing that was written especially for Tinni and Sniffer. It was also professionally filmed and is really entertaining to watch. This unusual friendship seems to involve a lot of chasing and running in the forest where Sniffer still lives.

The family decided it was best that the fox not be brought into their home so that he could learn to survive in the forest. He sure does look healthy running around, and can easily jump onto bales of hay while Tinni chases him. How cute are these two? Cute enough to watch this two minute clip.

Watch their beautiful friendship in the video above! Did you love this? Let us know your thoughts about it in the comments section! 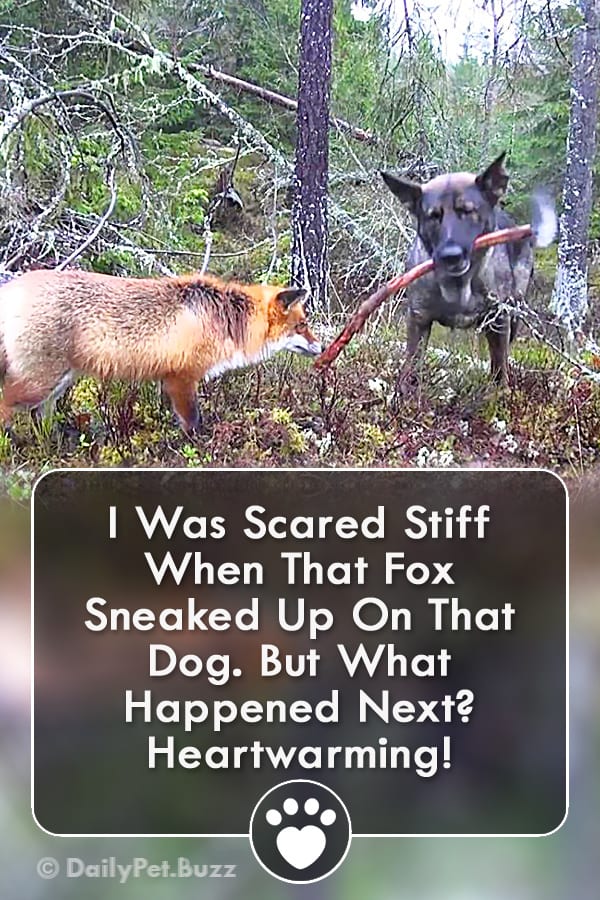