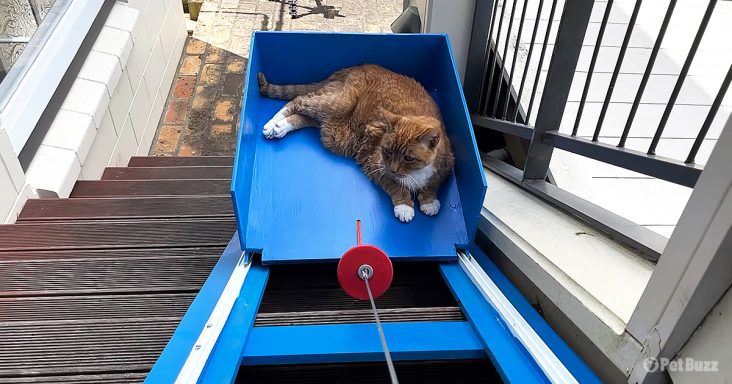 A cat lover has undertaken an exceptional task to build his beloved feline an elevator to help him move up and down the stairway. Liam Thompson is a renowned YouTuber from Auckland, New Zealand. He is seen working on this fantastic creation on a video he recently uploaded.

A determined Thompson explains in the video that part of the everyday routine of his cat named Frodo involves walking down the stairs and to the backyard for basking in his favorite spot near the pool.

Frodo, who is approaching his 20th birthday, finds it hard to use the stairs. Thompson has come with a way to aid his movement. The innovation has two stages, creating a track and the cart from thin pieces of wood.

Thompson works expeditiously on his project and takes a stuffed toy, ‘Jimbo’ for a test run on the cart. The elevator is powered by an electric hoist, and Thompson is delighted to watch his invention work.

Before Frodo can test the cart, a few improvements are made by working on the elevator’s safety and giving it a new color coat. He cuts the sharp edges, does the sanding, filling, and paints the prototype with a shade of blue.

The brave old feline jumps on his ‘cativator’ and takes a ride down the stairs and to his favorite sun-basking spot. Much to Thompson’s delight, Frodo later takes the elevator up and back to the house.

Thompson, who has one million followers on youtube, concludes that seeing his project successful was the most fabulous day of his life. And he is visibly excited. His cat Frodo is equally excited but less visibly so. 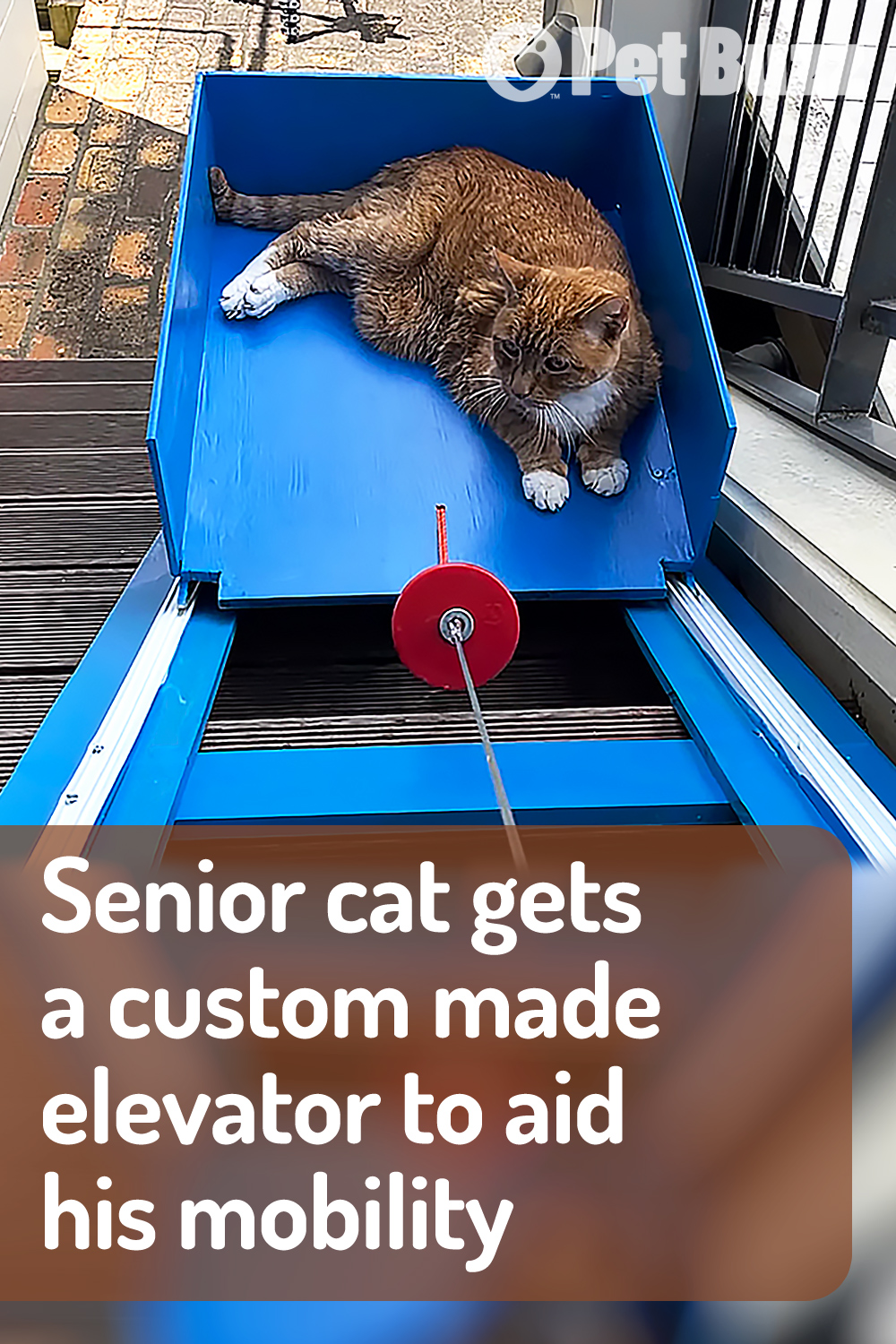