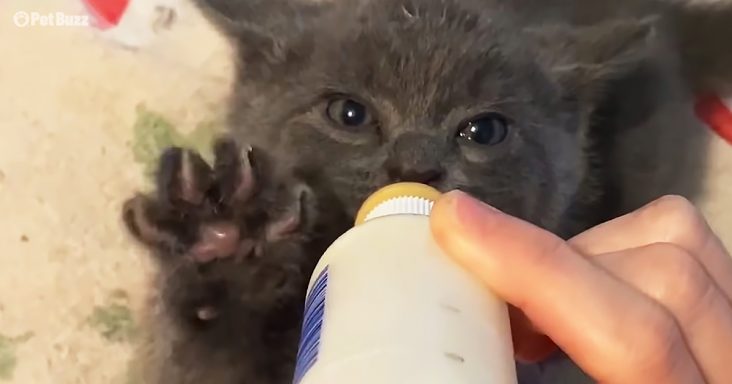 Earl, one of the male kittens, was the naughtiest of all the four kittens. He would never be sitting quietly in one place, unlike the others. Even while feeding them, Earl would throw tantrums.

Rachael wanted to try a tiny bit of wet food with her kittens and started to bottle feed it to the kittens so that they could get used to the taste of the food. However, this was not the case with Earl. 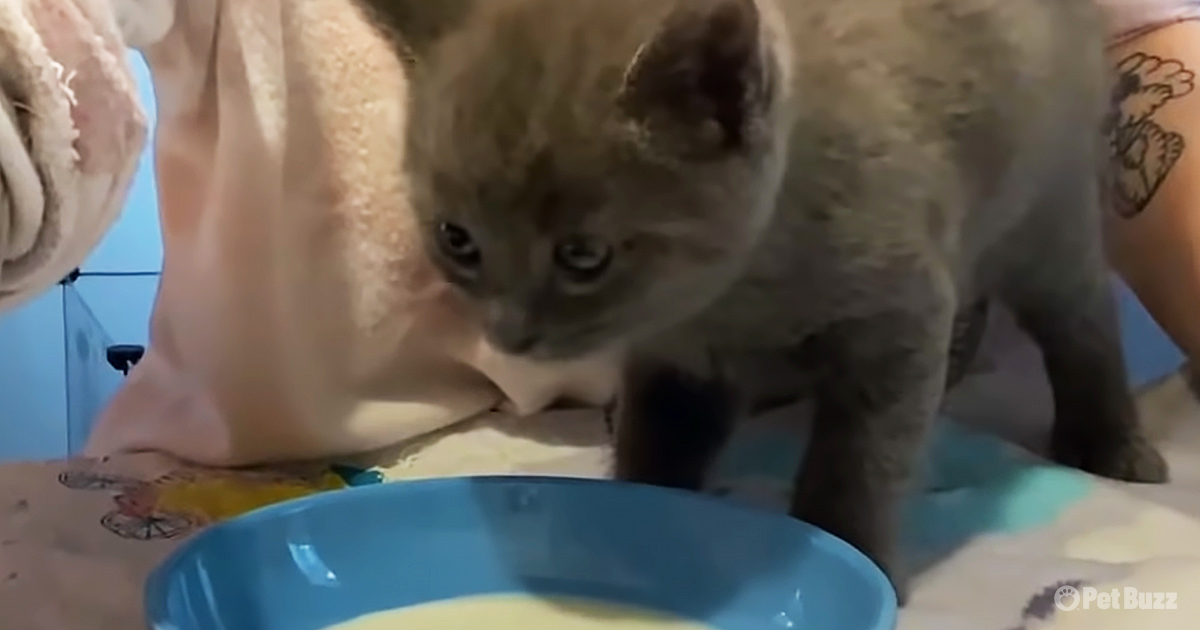 He knew exactly what was going on. So, Rachael had to revert to giving him food in a bowl instead of his bottle. However, the kitten was not happy with the whole situation.

He would cry from his playpen, looking at Rachael, and calm down only when fed from his favorite bottle. After that, he would just keep calling and look at Rachael.

Earl would walk over to the wet food bowl, pretend to eat it like a toddler, and then come to Rachael and ask for his bottle. He just did not want to eat the wet food.

However, at around 4 weeks, he decides that he is ready to eat the wet food. Rachael is still not sure why he refused to eat the food at first, but Earl has started to love the food for real. Earl was a naughty cat from day one and always did what he wanted. He even learned to use his fat head to come out of the playpen. For Rachael taking care of Earl was exhausting in the best possible way. 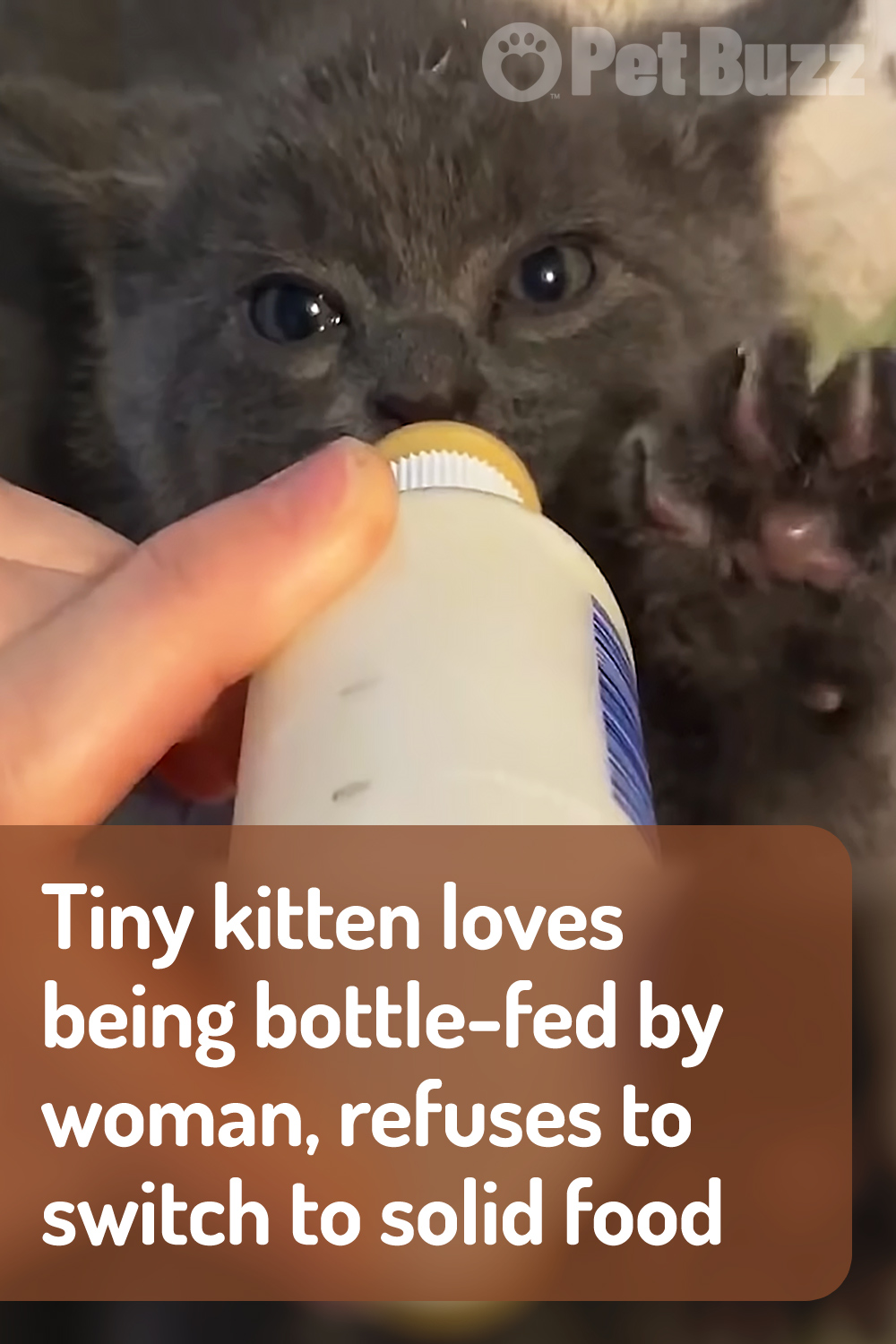