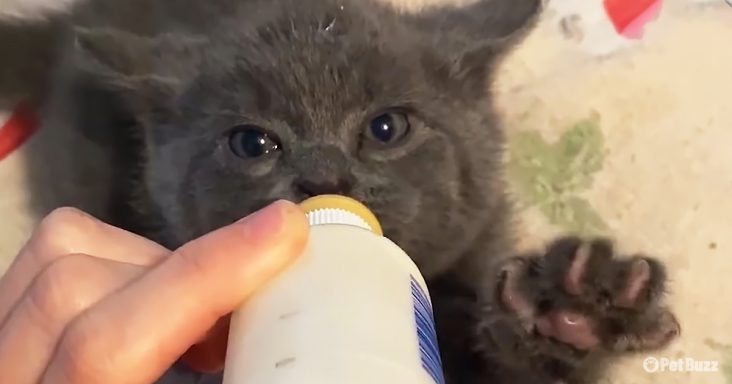 A video of a lady fostering kittens is melting hearts all over the world. One kitten especially steals the spotlight with his rebellious attitude toward growing up and his obsession with drinking from the bottle.

The video starts off with Earl, the rescue kitten, gleefully suckling from a bottle. ‘All he ever wanted to do was drink a bottle,’ Earl’s new foster mommy says at the beginning of the video.

She got the litter of kittens when they were about three weeks old. Being that young and without their mother, she has no choice but the feed the kittens using a bottle filled with formula. 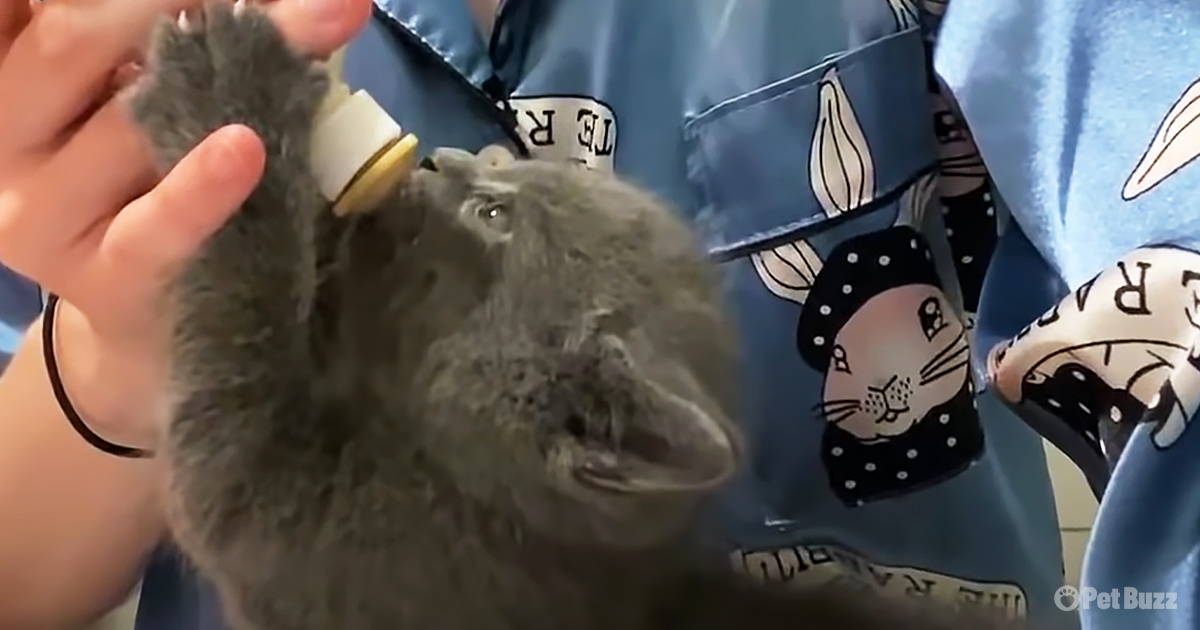 Unlike the other kittens that quickly transitioned to wet food, Earl refused and insisted on drinking from the bottle. The foster lady tried weening Earl, but he used his street-smart attitude to evade eating food.

Like a toddler, Earl is seen in the video pretending to eat food with the others, but he is not touching the food. He only pretends to eat to make mommy happy so that he can be rewarded with the bottle again.

The foster mommy starts to dilute solid food in the formula so that Earl can get used to the yummy solid food. Later, Earl is seen licking food from her finger, and it seems that her trick has worked.

Earl is very different from the rest of the litter. He is very intelligent, and his shinanigans demand more energy than the rest of his siblings. People worldwide are falling in love with this adorable kitten, and he even has his own TikTok video channel. 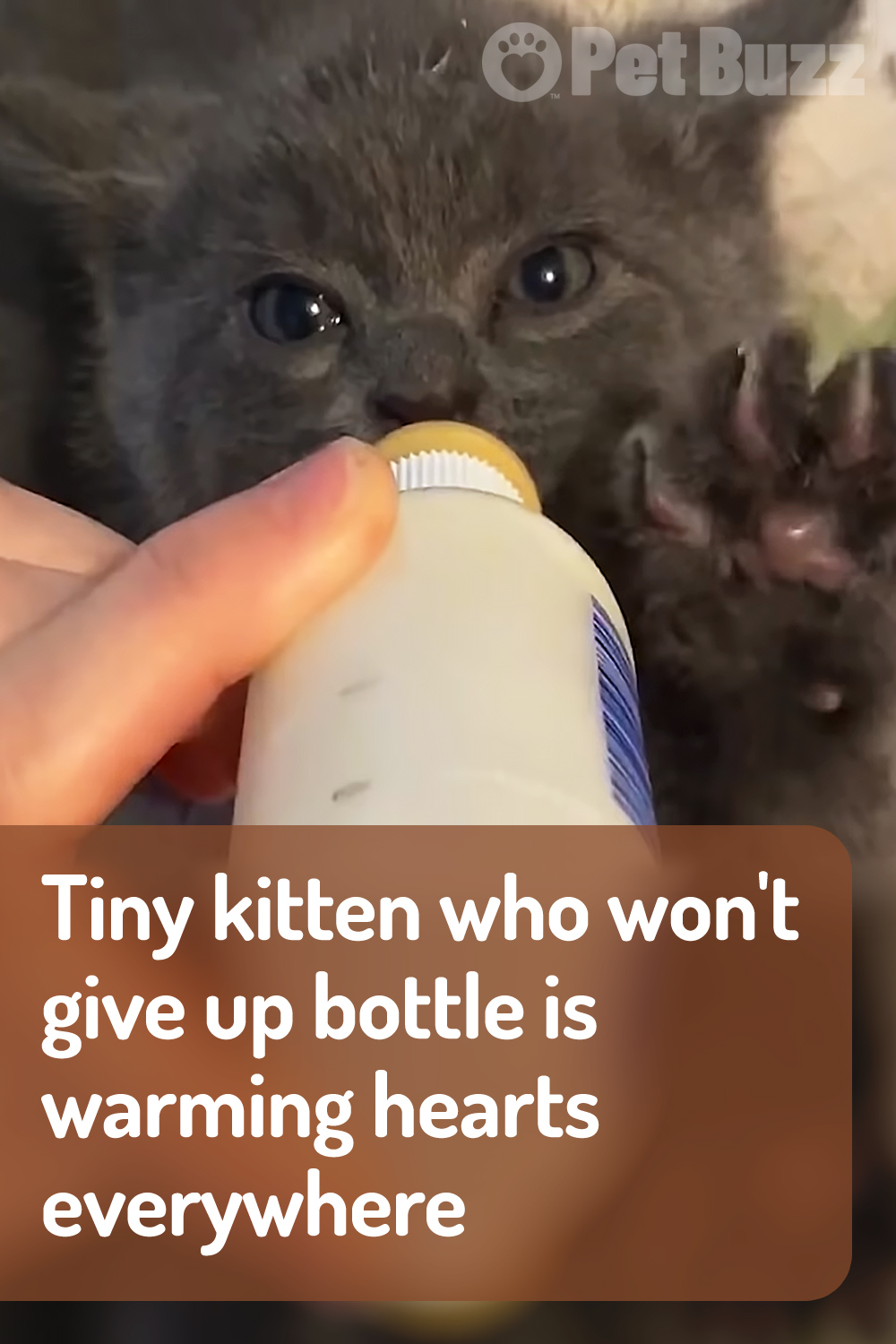