When Laura Sumrall decided to compete in the 2015 Kentucky Reining Cup with her horse, Wimpy, she didn’t have very much time to prepare for her performance. Nonetheless, she still managed to wow the judges and blow all of the viewers in the stadium away during the competitive freestyle competition.

With a little help from Laura’s mom, the two quickly decided that she would enter the riding competition by performing to the wildly popular song ‘Let It Go’ from Disney’s Frozen. Since the student was located in Texas, Laura was not able to practice with her horse as much as she would’ve wanted to, but she managed to make everything work out incredibly well.

With a sold out show and such a short time to prepare, Laura hopped on top of Wimpy’s saddle and strode into the arena ready to give it her all. Immediately, Laura was able to captivate the audience. Wearing a handmade costume similar to that of the Frozen character Elsa and sporting a long, blonde braid that cascaded down her shoulder, the 22-year-old athlete looked absolutely beautiful.

So what exactly did Laura do to snag the winning title in the competition? You’ll just have to see for yourself! We guarantee that you will be as blown away by her magical performance as the audience was! There’s no doubt that this champion is exceptionally talented.

What did you think of the video? Let us know in the comments. We’d love to hear from you! 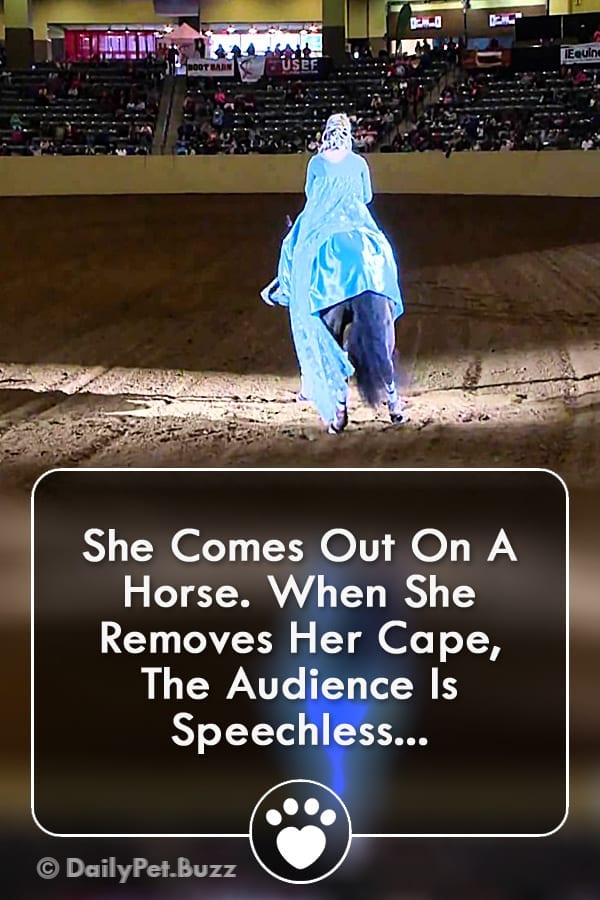