I can’t fathom why people would cram so many animals together in one space. There are some who have over 50 dogs or cats in one house, and it’s just mind-boggling how they let it happen. Yes, there are some people that I have written about that have retro-fitted their homes for that many pets, but there are some that leave them in truly deplorable conditons. We see some of the pups from one such place in this video -fortunately, they are far from their original surroundings.

Apparently, the Hanover, Virgnia’s Sherriff’s department rescued 68 puppies once. It’s unknown how large the house was where they dogs were, or if they were spread out over the premises. Whatever the case, these good and kind law enforcement officials just hit the puppy jackpot. So many adorable pooches. They must be so much fun. Well, until it’s time to clean up after them.

We see about five puppies rolling around on the ground of the Sherriff’s office. Several human feet are in the frame, presumably the people that they are attached to are oohing and ahhing at how cute these pups are. I want to see ALL of the dogs in the title of this video. It’s way too short. 18 seconds is not enough! MORE! I say we storm the office – OK, OK. I’m calm now. I think I’ll watch it again several times to get the same effect.

While it doesn’t seem like there are 68 dogs in this video, it is obvious that there are a good amount of them. It’s so cute to see the puppies rolling around on the ground playing with each other. Hopefully the Sherriff’s Department was able to get them all good homes, since that’s what they deserve. It’s a shame that we don’t see all 68 dogs. There are never enough dogs to see –

What do you think? Should they have shown all 68 dogs? Let us know your opinion in the comments section! Feel free to ‘Like’ us on Pinterest too. 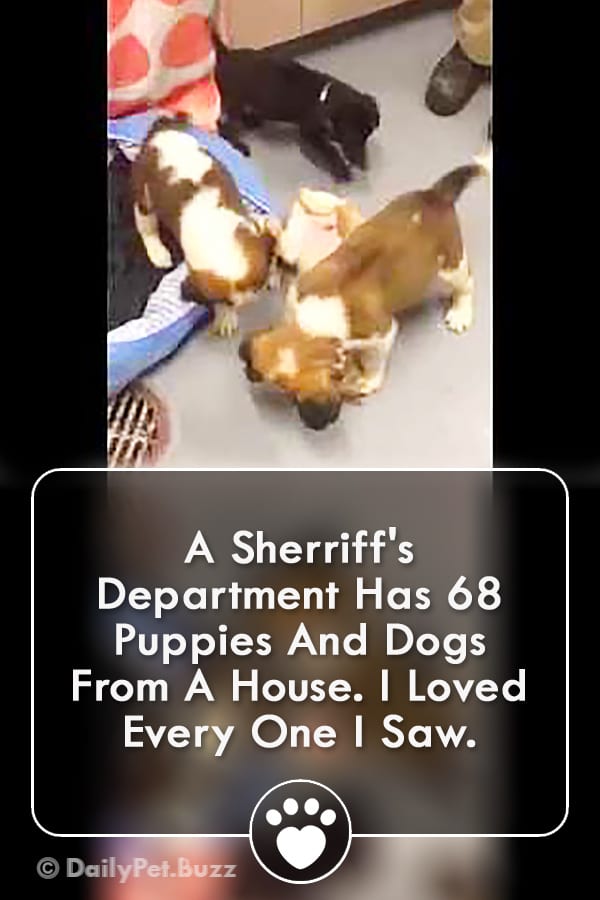